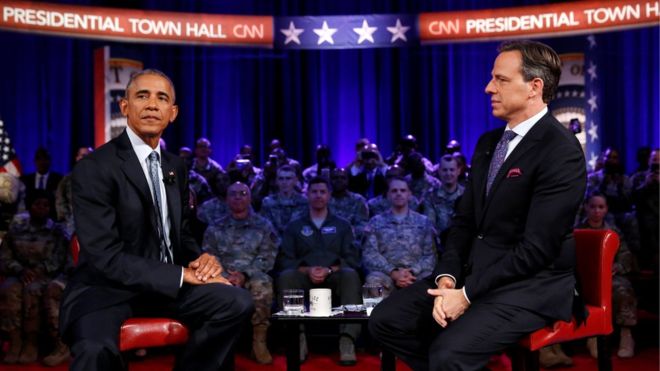 US President Barack Obama has said Congress made a “mistake” by overriding his veto and pushing through a bill that allows legal action against Saudi Arabia over the 9/11 attacks.

He said the bill would set a “dangerous precedent” for individuals around the world to sue the US government.

He added: “The downside is potentially huge.”

The Justice Against Sponsors of Terrorism (JASTA) legislation opens the door for victims’ families to sue any member of the Saudi government suspected of playing a role in the 9/11 attacks.

Fifteen of the 19 hijackers were Saudi nationals, but the oil-rich kingdom – a key US ally – has denied any role in the attacks, which left nearly 3,000 people dead.

While US intelligence raised suspicions about some of the hijackers’ connections,the 9/11 commission found no evidence that senior Saudi officials, or the government as an institution, had funded the attackers.

Almost 3,000 people were killed when they deliberately flew planes they had seized into the World Trade Center and the Pentagon. Another hijacked plane was brought down in a field in Pennsylvania.

Reacting to the congressional vote on Wednesday, Mr Obama told CNN: “It’s a dangerous precedent and it’s an example of why sometimes you have to do what’s hard.

“And, frankly, I wish Congress here had done what’s hard.

“The concern that I’ve had has nothing to do with Saudi Arabia per se or my sympathy for 9/11 families.

“It has to do with me not wanting a situation where we’re suddenly exposed to liabilities for all the work that we’re doing all around the world and suddenly finding ourselves subject to private lawsuits.”

What cost? – US media wary

“Wouldn’t you know that Congress finally challenges President Obama on foreign policy, and it’s in a bad cause that will harm US interests. Too bad the president did so little to stop it.” – Wall Street Journal

“There is a broader subtext to this legislation. The kingdom can no longer count on the US and – a far more dangerous reality – may no longer even want to. With a single vote, Congress may well have brought down on America a host of plagues many on Capitol Hill may only vaguely appreciate.” – CNN

Administration officials said they knew from the start that Obama’s veto was unlikely to survive an override vote — the politics surrounding the bill had become so charged that they overwhelmed the more abstract arguments for the importance of respecting foreign sovereign immunity. – The Hill

But families of the victims and their lawyers have dismissed these concerns.

“We rejoice in this triumph and look forward to our day in court and a time when we may finally get more answers regarding who was truly behind the attacks,” said Terry Strada, national chair of the 9/11 Families & Survivors United for Justice Against Terrorism.

Mr Obama suggested that his colleagues’ voting patterns were influenced by political concerns.

“If you’re perceived as voting against 9/11 families right before an election, not surprisingly, that’s a hard vote for people to take.

“But it would have been the right thing to do.”

The Senate voted 97-1 and the House of Representatives 348-77, meaning the bill becomes law.

White House spokesman Josh Earnest told reporters the vote was “the single most embarrassing thing the United States Senate has done” in decades.

But the measure’s supporters contended the legislation only applies to acts of terrorism that have occurred on US soil – and side-swiped at Mr Obama for his perceived prioritising of relations with Saudi Arabia.

“We’re more interested in the families and in justice.”