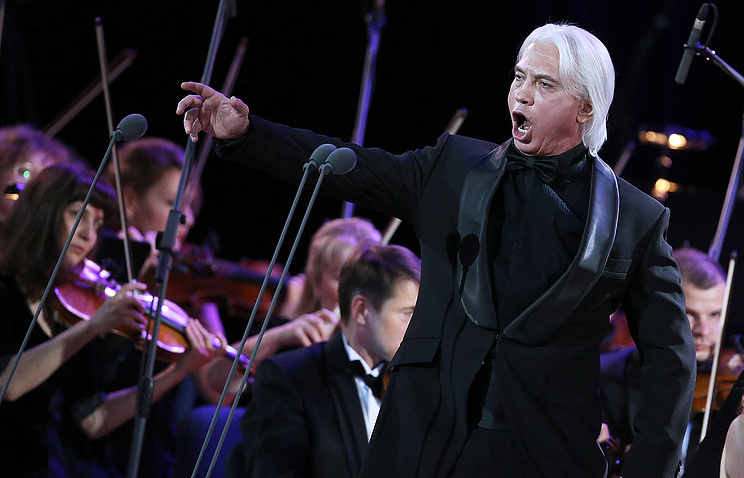 The Bolshoi Theatre has not received any official notification that Russian baritone Dmitry Hvorostovsky would not sing in Giuseppe Verdi’s opera Don Carlos in December, the theatre’s Spokeswoman Katerina Novikova told TASS.

Hvorostovsky is to make his first appearance on the Bolshoi stage in Verdi’s “Don Carlos” on December 7 and 10. The production staged by British Stage Director Adrian Noble saw its first night at the Bolshoi on December 17, 2013.

“The Bolshoi Theatre has not received any official notification from Hvorostovsky’s agent that the singer would not participate in ‘Don Carlos’ which will run (on the Bolshoi stage) as of December 7. As for today, our plans for Hvorostovsky remain in force. Hopefully, the contract will be fulfilled on time,” Novikova stressed.

Hvorostovsky is to give another concert from the “Hvorostovsky and Friends” series on December 14, 2016.

“We have not received any notification from Hvorostovsky’s agent that the concert may be cancelled. The tickets are still on sale and people are buying them,” Yevgeniya Ilyichova, the public relations director of the Russian Show Center, the concert’s organizer, told TASS.

Earlier, Russian Opera Star Dmitry Hvorostovsky wrote on his page in Facebook that he had to cancel his performance at the Vienna Opera where he had to appear in Verdi’s Simon Boccanegra on the first night on September 30.

“Unfortunately, I will have to give up my role of Simon Boccangera on the Vienna Opera stage following my doctor’s advice to undergo another course of chemical therapy,” Hvorostovsky wrote.

“Marco Vratogna will sing the part of Simon Boccanegra instead of Dmitry Khvorostovsky on September 30,” the opera’s Press Secretary Andre Comploi said.

Last summer, doctors diagnosed that the singer had a brain tumor. Despite therapy, Hvorostovsky went on a guest tour of North America and came to Russia to give a concert of Russian WWII songs at the Green Theatre at the All-Russian Exhibition Center (VDNKH) on Victory Day on May 9.