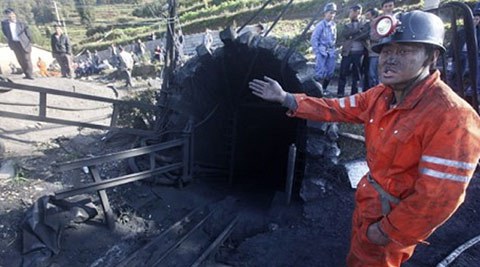 Chinese authorities blamed illegal mining activities for a gas explosion at a coal mine that killed 19 people and left one other miner missing, Chinese state media reports.

The explosion on Tuesday morning occurred at a small coal mine when 20 miners were working underground in the city of Shizuishan, in the northwestern region of Ningxia, Xinhua said on today.

Local officials said at a press conference on Wednesday that representatives of the company that owned the mine, the Linli Coal Mining, were now in police custody.

Xinhua cited an initial investigation as showing that the blast was caused by illegal mining, but did not provide details.

The company could not immediately be reached for comment.

At the briefing, Wu Yuguo, the city’s deputy mayor, said an excessive concentration of gas and the destruction of the mine shaft had hindered rescue efforts.

China’s mines have long been the world’s deadliest, but safety improvements have reduced deaths in recent years.

An officer at the Shizuishan city government confirmed the gas explosion, but said he had no details.