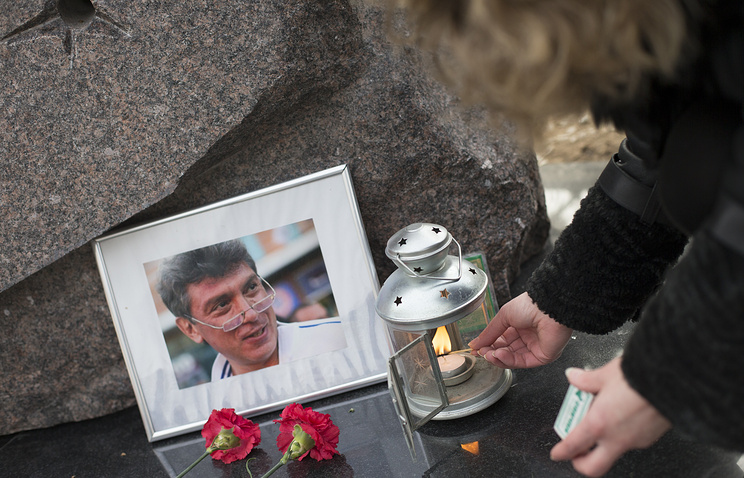 The Moscow District Military Court was unable to select the board of jurors on the first try on Wednesday to hear the murder case of Russian opposition politician Boris Nemtsov, lawyer for the Nemtsov family Vadim Prokhorov told TASS.

“The board of jurors has not been set up, the next selection will take place on September 28 at 11.00 a.m.,” the lawyer said.

The defense lawyers have explained that many candidates for the jurors announced that they were withdrawing.

“There were many doctors and teachers. Six candidates refused to take part in the process due to religious motives,” said Anna Berchieva, one of the lawyers for the defendants. Other candidates said they had high positions or that their relatives were ill.

A total of 5,000 invitations have been sent to potential candidates, but just 59 people turned up in the court on Wednesday. “This number is very small,” lawyer for one of the defendants, Shamsudin Tsakayev said. Three candidates said they withdrew due to personal reasons.

Under the law, the board of jurors cannot consist of former convicts, the relatives of the victims or defendants, and other concerned persons. The process is held behind the closed doors.

The parties to the hearings will have to select 12 basic and no less than 4-6 reserve jurors. After the juror board is selected, a judge will appoint a date for hearing the merits of the case.

Nemtsov, former deputy prime minister under then-President Boris Yeltsin, co-chairman of the Parnas party and lawmaker of the Yaroslavl regional legislature, was gunned down in downtown Moscow on February 27, 2015. Five persons were arrested on March 8 last year on suspicion of murdering the politician: Zaur Dadayev, Anzor and Shadid Gubahev, Tamerlan Eskerkhanov and Khamzat Bakhayev.

Depending on their role and degree of their involvement, they are pressed with charges under part 2, article 105 (“Contract Murder Committed by an Organized Group”) and part 3, article 222 of Russia’s Criminal Code (“Illegal Acquisition, Transfer, Storage, Transportation and Possession of Firearms and Ammunition by an Organized Group”). Article 105 carries a punishment of up to life imprisonment.

The accused persons are denying their complicity in Nemtsov’s murder. The term of their arrest has been extended until December 30.

According to investigators, the men received at least 15 million rubles ($231,500 at the current exchange rate) for the politician’s murder. They started preparing for the killing back in September 2014. The suspected organizer of the murder is Ruslan Mukhudinov, a former officer of the Chechen “Sever” battalion. Mukhudinov has been charged in absentia. He has been on the international wanted list since November 2015. A criminal case against him and other unidentified persons is investigated separately.

In late June, Russia’s Prosecutor General’s Office sent the criminal case to the Moscow District Military Court to review its merits. The defendants have insisted that the murder case should be considered by the board of jurors.

The case is heard by the Moscow District Military Court rather than the Moscow City Court as Zaur Dadayev, one of the suspected perpetrators, was a serviceman of the “Sever” battalion in the North Caucasus republic of Chechnya at the moment when the murder was committed.

During the hearing on the merits, the prosecutors will announce the indictment. The defense lawyers and the defendants will reveal their views on the charges and if they admit or do not admit guilt.