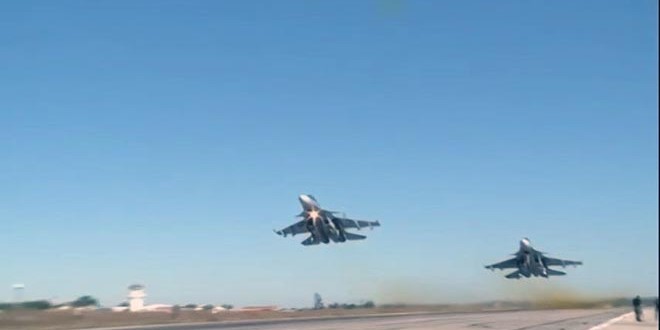 The Syrian Army and Armed Forces, continued on Tuesday targeting the positions, gatherings, and vehicles of terrorists in several areas across Syria.

A military source told SANA that the Syrian Air Force destroyed a number of terrorist organizations’ positions and vehicles in Daret Izzeh, Qubtan al-Jabal, Kafr Hamra, Anadan, and Haiyan areas in the countryside of Aleppo.