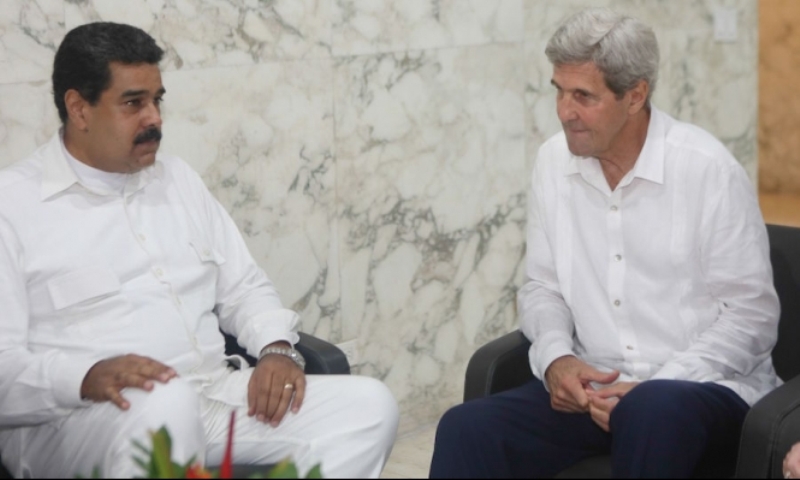 Venezuela’s embattled President Nicolas Maduro met Monday with top US diplomat John Kerry on the sidelines of a landmark peace deal signing between the Colombian government and FARC rebels.

If Maduro loses a recall vote expected after January 10 — four years into his six-year term — he would be replaced by his hand-picked vice president.

Polls indicate eight in 10 Venezuelans want a change in government.

Washington and Caracas have had tense bilateral ties for years.

The Maduro-Kerry encounter in Cartagena, which diplomatic sources said was brief, took place on the sidelines of the historic peace deal signing in this Colombian resort city on the Caribbean coast.

The four-year peace process ended Colombia’s civil strife, the last major armed conflict in the Americas. The accord remains to be ratified by referendum in a week.