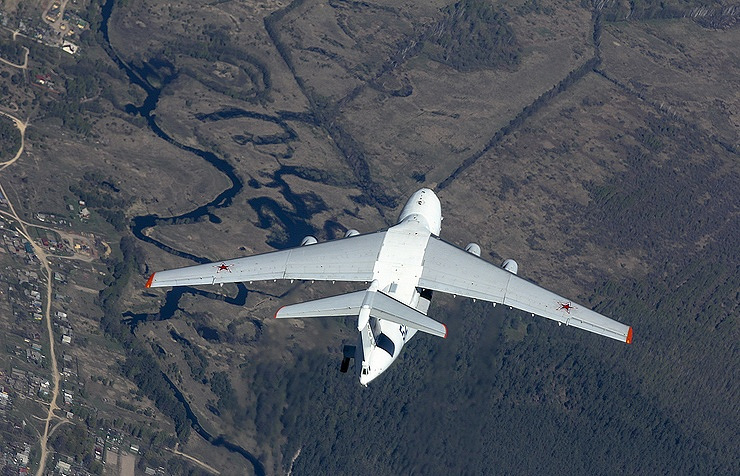 Russia’s newly-developed combat aircraft A-60 will be capable of destroying enemy targets with a high accuracy laser, an adviser to the deputy CEP of Russia’s Concern of Radio-Electric Technologies (KRET, an affiliate of Rostec), Vladimir Mikheyev, has told TASS.

“It will boast super-accurate navigation. The crew are to be able to precisely determine the plane’s position to direct the narrow laser beams at the selected targets,” Mikheyev said.

The airborne laser will be so powerful that the plane itself will have to be properly protected.

KRET is the manufacturer of an overwhelming majority of avionics installed on Russia’s aircraft. The new plane will be very special and equipped with a heavy-duty electric power supply system and protection from enemy radio-electronic jamming.

Also, the plane will have a very powerful onboard defense system providing protection from the most sophisticated means of attack.

“I believe that it will carry a combined complex of radio-electronic warfare with some Vitebsk and Khibin components and a number of other effective protection systems,” Mikheyev said.

Earlier, a source in the military-industrial complex said that Russia was working on a plane armed with new generation laser weapons. Open sources refer to this project as A-60. According to mass media it is being carried out within the framework of Sokol-Echelon concept.

Attempts at creating an airborne laser were made back in the Soviet era. The first sample of the A-60 aircraft, based on the Ilyushin-76MD transport plane was flight-tested in 1981. Several years ago the media said the project, mothballed for quite a while, was resumed. The United States conducted its own research into an airborne laser. The program that produced an experimental combat aircraft, Boeing YAL-1, was curtailed at the end of 2011.