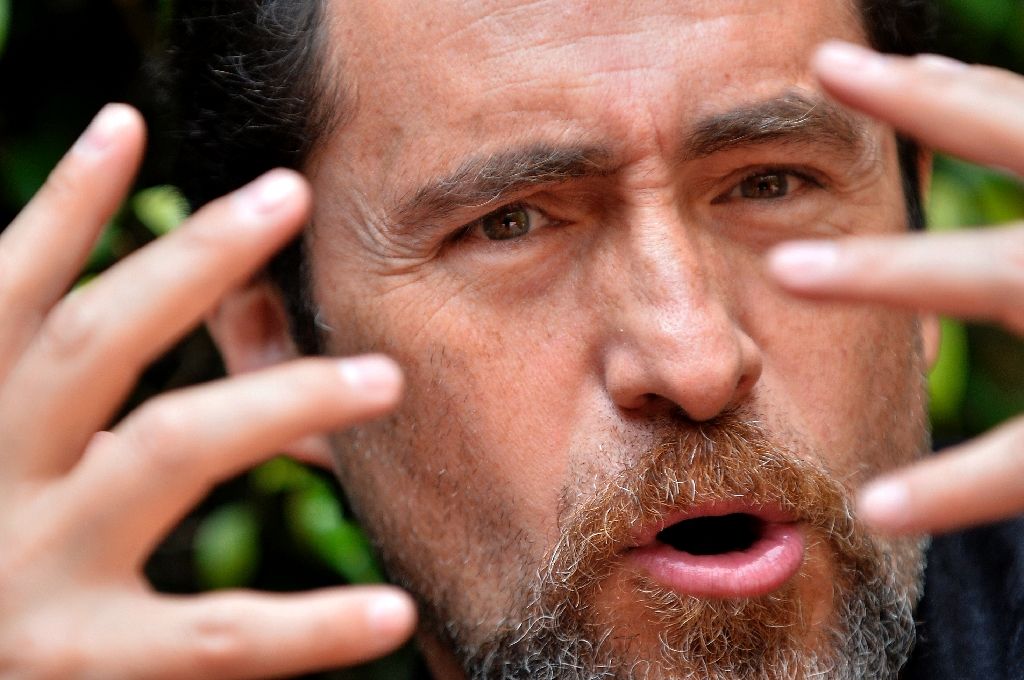 In his latest film, Mexican actor Demian Bichir plays a man trapped in the rubble after a major earthquake, an ordeal he sees as a symbol of his country’s political mess.

Ahead of Friday’s premiere of “7:19” in Mexico, Bichir listed his country’s ills in an interview with AFP, from corruption to a disappointing economy and the much-maligned visit of the US “clown” Donald Trump.

The film depicts a government worker stuck under a collapsed building during the earthquake that devastated Mexico City on September 19, 1985, killing thousands of people.

“I was very interested in the metaphor of this building, which is our country, and how it collapses on us because it was built with bad cement, like the corruption that has allowed construction on top of mud,” Bichir said.

Directed by Jorge Michel Grau, the movie was filmed in just four weeks in a set filled with heavy material made to look like rubble, giving the actors little room to move, like real quake victims.

Mexicans, he said, “have suffered all kinds of earthquakes,” from social to economic shocks.

He pointed to a recent symbolic, financial earthquake this week, when the national currency fell to a historic 20 pesos per dollar.

But there was one political temblor that has angered Bichir: President Enrique Pena Nieto’s decision to meet with Trump at his presidential residence on August 31.

Mexicans were outraged by Pena Nieto’s failure to forcefully condemn the Republican presidential candidate during a joint news conference.

The Republican billionaire has called Mexican migrants “rapists” and wants Mexico to pay for a massive border wall.

“We still have to do the film in which the person who represents the interests of the country can’t and doesn’t have the courage to tell the clown with red hair… ‘I’m inviting you to offer an apology,'” Bichir said.

“We must do this film. I would do it with pleasure,” said Bichir, who starred as a Mexican policeman working with a US detective to solve murders at the US-Mexico border in the TV show “The Bridge.”

Taking a more serious tone, Bichir said the president, whose popularity has sunk, lost “an extraordinary opportunity to confront him, to demand an apology.”

Bichir, who lives in Los Angeles, serves as a celebrity ambassador for immigrants’ rights at the non-profit American Civil Liberties Union (ACLU).

He was nominated for a best actor Oscar for his role as a Mexican immigrant trying to keep his son out of trouble in the 2011 film “A Better Life.”

The Mexico City-born actor warns that, if Trump wins the presidency in the November 8 election, the 11 million migrants estimated to be living illegally in the United States would lose a chance to have “a face” through legislation giving them a path to legal status.

But rival Democratic candidate Hillary Clinton, he said, is “no guarantee either” that their situation would change for the better.