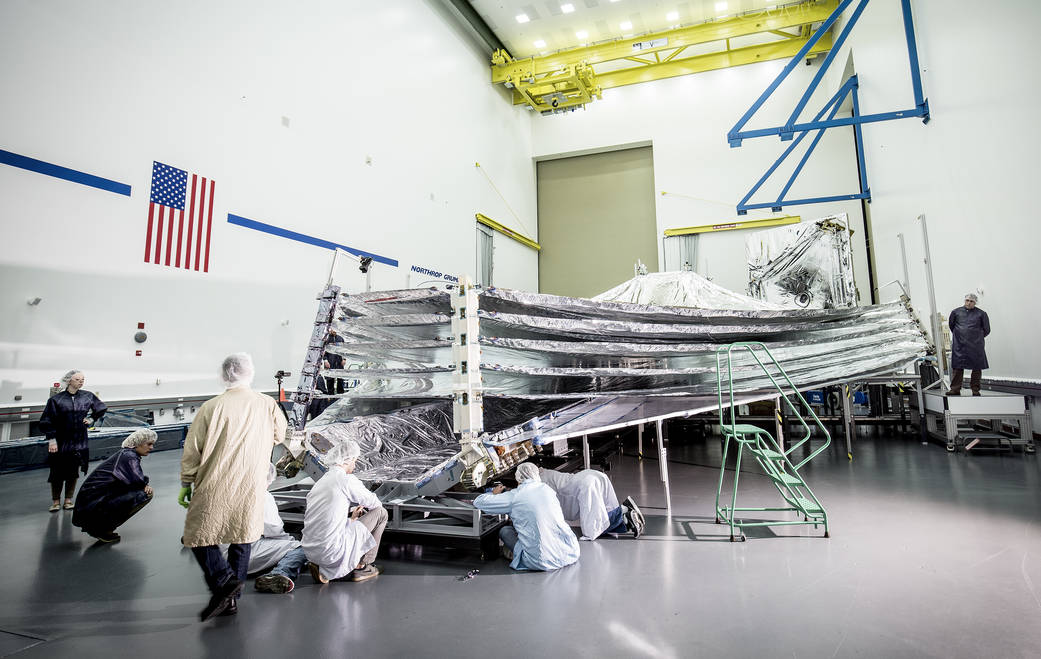 NASA’s James Webb Space Telescope has a giant custom-built, kite-shaped sunshield driven by mechanics that will fold and unfold with a harmonious synchronicity 1 million miles from Earth.

Like a car, many mechanical pieces in the Webb telescope’s sunshield will work together to open it from its stored folded position in the rocket that will carry it into space.

According to car manufacturers, a single car can have about 30,000 parts, counting every part down to the smallest screws. Like getting all of the parts in a car to operate together, the mechanical parts of the sunshield have to work in the same way.

The sunshield support structure contains well over 7,000 flight parts, including springs, bearings, pulleys, magnets, etc. In addition, the sunshield has hundreds of custom fabricated pieces. Most mechanical pieces were developed exclusively for the sunshield, with a few from existing designs.

There are about 150 mechanism assemblies that have to function properly to fully deploy the sunshield. Within those mechanism assemblies, there are numerous small parts that work in harmony. The smaller parts include about 140 release actuators, approximately 70 hinge assemblies, eight deployment motors, scores of bearings, springs and gears, about 400 pulleys and 90 cables. These mechanisms release the sunshield membranes from their folded and stowed launch configuration, deploy the supporting structures, and unfold and tension the membrane layers. In addition there are hundreds of magnets and clips to manage the membrane shape and volume during deployment, and many sensors to tell engineers that each deployment step has been completed.

“The process of opening or deploying the sunshield in space is a multi-step process,” said James Cooper, Webb telescope sunshield manager at NASA’s Goddard Space Flight Center in Greenbelt, Maryland.