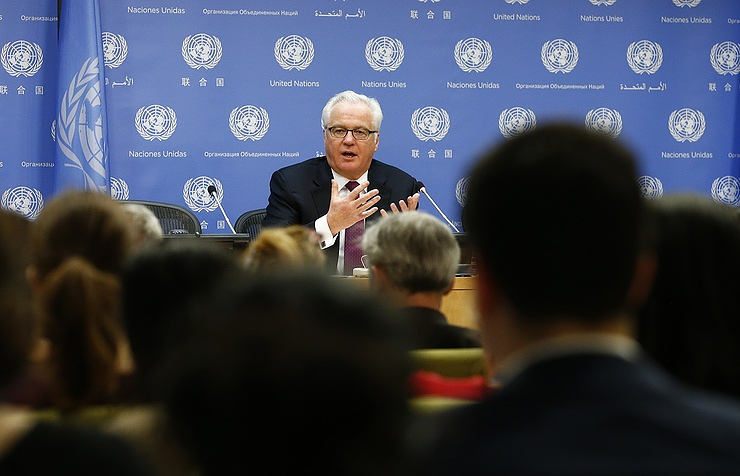 Russia’s UN envoy, Vitaly Churkin, has preferred to ignore “senseless attacks” by Ukraine at the UN Security Council session, adding that such behavior had become a “boring” tradition.

“That the Ukrainian delegation at UN Security Council meetings goes beyond the bounds of the agenda has become a boring tradition. We are not going to react to such senseless attacks each time,” Churkin said at the UN Security Council’s meeting devoted to the Comprehensive Nuclear Test Ban Treaty.

Ukrainian Foreign Minister Pavel Klimkin said at the session Russia had allegedly violated its obligations under the Budapest Memorandum, in which Moscow had pledged to neither use nuclear weapons against Ukraine nor threaten it may use them.

UN Security Council on Friday voted for a resolution in support of the early enforcement of the Comprehensive Nuclear Test Ban Treaty. Fourteen countries, including Russia, supported it. Egypt abstained.

The resolution urges all states that have neither signed nor ratified the treaty to put signatures to it without delay.

The resolution points out that in the first place this concerns the eight countries that possess nuclear weapons or the capability to make them – Egypt, Israel, India, Iran, China, North Korea, Pakistan and the United States. The CTBT can take effect only after all these countries have joined it.