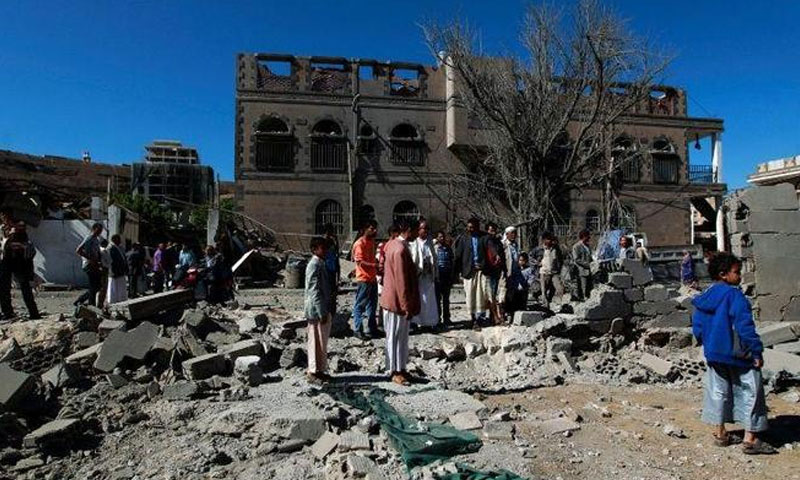 At least 25 people have been killed and 70 others wounded in a Saudi-led coalition air strike in Yemen’s Red Sea port city of Hudaydah, medics say.

Residents described the scene in the al-Hunoud district as carnage.

The coalition, which backs Yemen’s internationally-recognised government, said it was aware of the reports.

“As with any allegation we receive, the information about the incident will be reviewed, and once it is found supporting the allegation based on credible evidence we will then move to a next step of investigations,” a statement said.

Coalition officials insist their aircraft do not target civilians, but they have been accused of hitting schools, hospitals, markets and homes since intervening in the conflict in Yemen 18 months ago.

The rebel-controlled Saba news agency reported that several homes were destroyed in Wednesday’s attack in Hudaydah.

“The scene was awful. Body parts were mixed up with the remains of the house and blood filled the place,” one resident told Reuters news agency.

A government official told AFP news agency that the residential area was “probably hit in error”.

The UN says more than 6,700 people have been killed since the coalition launched a military campaign in support of President Abdrabbuh Mansour Hadi in March 2015, three months after the rebels took full control of the capital, Sanaa.

The conflict has also pushed the Arab world’s poorest country to the brink of famine and left 80% of the population in need of humanitarian assistance.

The UN estimates that 96,600 children under the age of five are at risk of severe malnutrition in Hudaydah and its surrounding province alone.

A land and sea blockade imposed by the coalition has seen fishing decline by 75% in Hudaydah, and food prices have risen by 60%.