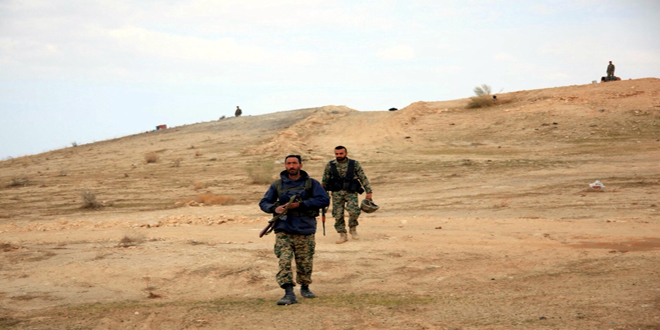 The army continues targeting positions of ISIS and Jabhat al-Nusra terrorist organizations in a number of provinces, leaving many of their members dead or injured and destroying their equipment and heavy weaponry.

The army’s air force destroyed 7 vehicles equipped with machineguns, 3 tanks and 2 armored vehicles for ISIS terrorists in the vicinity of al-Tharda Mountain, al-Mrei’iyeh and Hatla in the eastern Deir Ezzor province.

The Syrian Air Force also destroyed four tanks, three vehicles equipped with machineguns and an armored vehicle for the terrorist organizations in Maardes, Tibet al-Imam and Zour al-Tibeh in the northern countryside of Hama province.