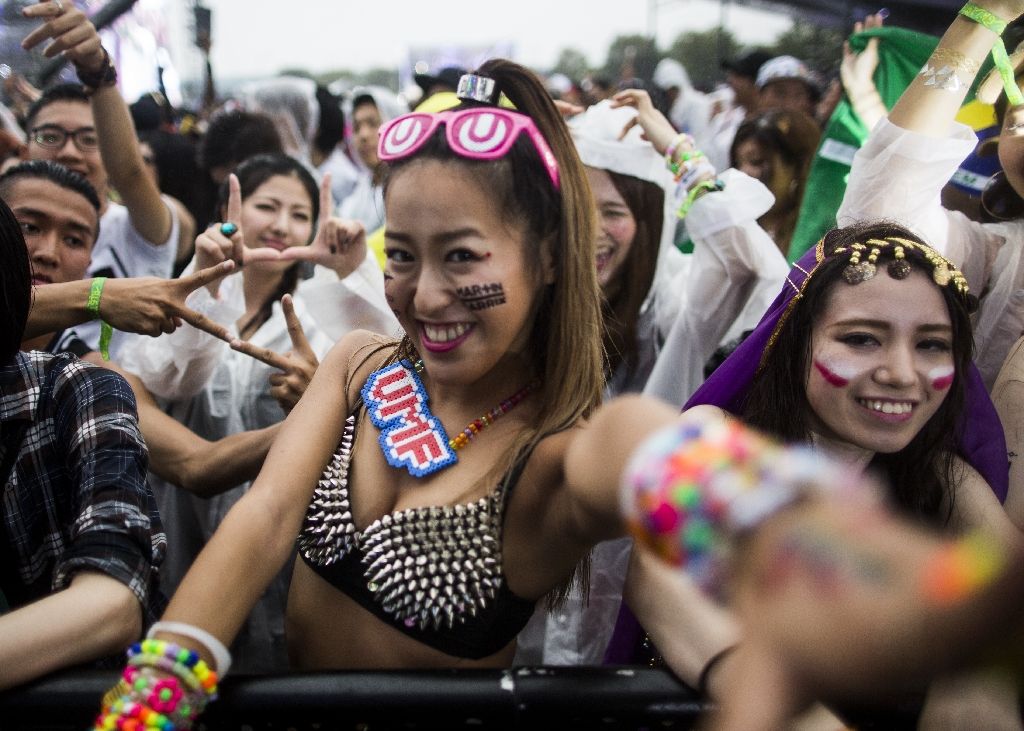 Once a modest beach party in Miami, the uber-hip Ultra Music Festival has bold plans to further expand the global juggernaut after another year of empire building.

While techno-heads accuse Ultra of helping to ‘commercialise’ electronic dance music, or EDM, in recent years, 120,000 rain-soaked revellers appeared to heartily disagree after being whipped into a frenzy in Tokyo this past weekend.

“There’s a place for all genres of electronic music,” co-founder Russell Faibisch told AFP. “A festival is all about having different genres.

“In the last few years, EDM has worked on the main stage for the masses but underground music always has and always will have its place.

“Everything feeds off each other.”

A glittery haven for hardcore EDM junkies, Ultra’s mega-rave has pitched up in 19 far-flung locations: including Argentina, Brazil and Chile in South America, and across the Atlantic in Spain and Croatia.

Farther east, Ultra has extended its reach in Asia from Seoul to Tokyo, Taipei, Singapore, Bali, Bangkok and Hong Kong — with organisers set to announce “major additional expansion plans” for next year.

“We’ve always had a master-plan,” said Faibisch, who staged the first edition of Ultra in 1999. “During the mid to late nineties in South Beach the club scene was really thriving.

“There were a lot of great clubs like Liquid and Shadow Lounge so it was the right timing for everything to come together. It was just like the perfect storm.”

A less radio-friendly ‘Resistance’ tent featured top house and techno artists such as Dubfire and Art Department — the yin to the cheesier yang on offer on the main stage, where it was often hard to work out where one track ended and the next began.

‘Dig below the surface’

“In society, there’s the commercial end of the spectrum, and then there’s the alternative,” said Dubfire, addressing the issue of processed electronica.

“The same can be said of the electronic music scene. There are a lot of people who, once they dig below the surface of EDM, they find there is music there that is more interesting.”

“When something’s happening in the underground, it affects the mainstream and the other way round,” Dutch artist Hardwell told AFP. “They need each other: like the bright side needs the dark side to keep going.

“Commercial EDM is a great introduction for young kids to get into dance music, since the underground music styles never play on the radio.”

Outside in the rain, the heaving mass of fresh-faced Japanese ‘Ultra-nauts’ blowing whistles and pumping their fists — many in outlandish fancy dress — just wanted to party.

“You get a pretty young crowd at a festival, so I’ll have a look in the first 15 minutes of my set to see what’s what,” said Japanese techno king Ken Ishii.

“They might not know much about techno, but it’s a genre with a long history and is one of the core pillars of dance music. It’s never going to just fall off a cliff.”

Dubfire admits he has evolved with the changing dance scene.

“I’m an old-school artist playing a new-school sound,” he said, offering an insight into the potential rewards of becoming a DJ.

“These days if you want to have a career in electronic music, you don’t have to battle your parents anymore. They understand what’s at stake — they understand you can make a very successful career out of it.”