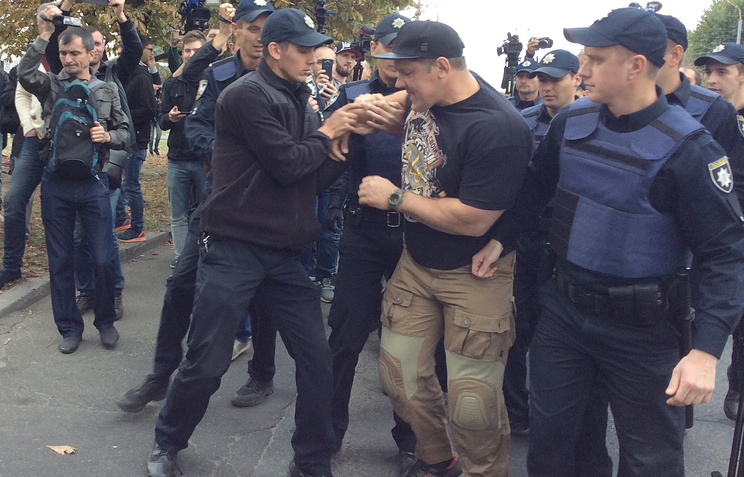 Russia opens criminal cases into attack on its embassy in Kiev

Russia’s Investigative Committee has opened criminal cases into the attack on the country’s embassy in Kiev early on September 17 and the actions of Ukraine’s radicals on hindering the vote at the State Duma elections in the building, official spokesman Vladimir Markin told TASS.

“The investigators believe that these crimes were committed by radicals with the goal of deteriorating international relations between Russia and Ukraine,” Markin said.

In the small hours of September 17, about 20 radicals attacked the Russian embassy in Kiev, throwing smoke pots and opening fire from salute guns, and only by a happy chance no fire occurred, the embassy told TASS earlier. “As a result, the property of Russia was damaged,” Markin stressed.

On September 18, the election day, representatives of Ukraine’s radical public organizations again came to the Russian embassy in Kiev. The radicals blocked the entry to the building preventing Russian citizens from entering the territory to vote. Besides, they set a Russian flag on fire.

“An investigation is underway to establish all the circumstances of the committed crimes,” Markin said.