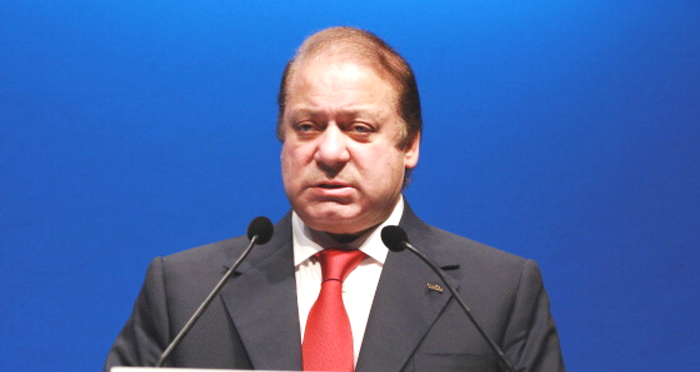 The meeting took place hours after the Pakistan premier’s address with the UN General Assembly.

PM Sharif showed Ban Ki-moon pictures of martyred and injured Kashmiries who had suffered brutalities at the hands of Indian security forces.

The UN secretary general expressed his grief after witnessing the images that manifested worst human rights abuses in the occupied Himalayan territory.

The prime minister handed over the dossiers to Ban Ki-moon and thanked him for his statement in IoK.

Earlier in his address with UNGA, Nawaz Sharif said that peace between India and Pakistan could not be achieved as long as the Kashmir dispute is not resolved.

The prime minister called for the demilitarisation of the IoK and demanded the world powers to rein in India from committing rights violations in the held territory.

He demanded the UN to conduct an independent probe into the recent extrajudicial killings that had taken place in the occupied valley.

“On behalf of the Kashmiri people; on behalf of the mothers, wives, sisters, and fathers of the innocent Kashmiri children, women and men who have been killed, blinded and injured; on behalf of the Pakistani nation, I demand an independent inquiry into the extra-judicial killings, and a UN fact-finding mission to investigate brutalities perpetrated by the Indian occupying forces, so that those guilty of these atrocities are punished,” he said.