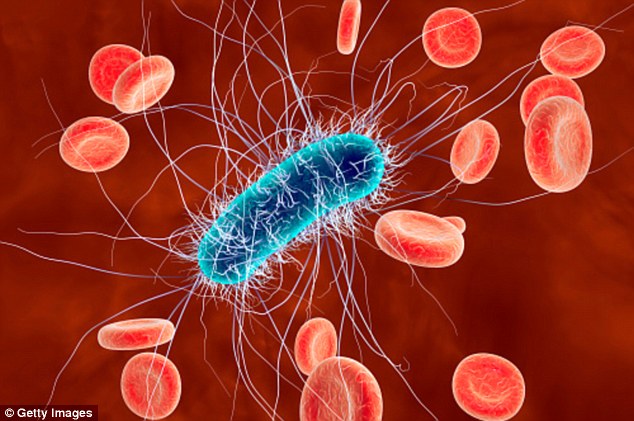 World leaders will gather this week for the first ever crisis talks on superbugs.

The meeting at the UN this Wednesday will tackle the growing scourge of superbacteria, which are resistant to antibiotics.

It comes amid fears that ‘super’ strains of E.coli, tuberculosis, gonorrhea and other bacterial diseases will soon become untreatable.

And experts warn the ramifications could stretch far beyond health concerns – hitting the economy and sparking security fears as well.

Under a draft document, the governments will look to commit themselves to bolster controls over antibiotics, to step up awareness over the problem and to encourage research in alternative treatments.

The World Health Organization hopes that the meeting will attract and public money globally to curb the increasingly serious issue.

‘We are losing our ability to treat infections,’ Keiji Fukuda, a senior World Health Organization official in charge of anti-microbial resistance, told AFP.

‘Not only does it threaten to increase deaths but our whole ability to handle patients is threatened. It also threatens our ability to grow enough food,’ he said, pointing to superbacteria’s effects on crops and livestock.

A recent British study found that the development of super-resistant bacteria could contribute to the deaths of 10 million people per year worldwide by 2050 – about the same number who die from different forms of cancer.

Currently some 700,000 deaths a year around the world are attributed to anti-microbial resistance, including 23,000 in the United States.

Fukuda said that future death forecasts are just estimates, with reliable data not available in many countries.

But experts hope the grim figures will help draw public attention to the seriousness of the problem.

The dangers originate with the overuse or misuse of antimicrobials – chief among them antibiotics – around the world.

The risks come not only with animals but with livestock, where antibiotics are used on a massive scale not only to treat animals but to pump up their size.

The super-resistant bacteria can come into humans through water contamination or animal waste, or through meat.

Resistance to bacteria was discovered as early as the 1950s by Alexander Fleming, the discoverer of penicillin. But the problem has only reached worrying proportions in recent years, aggravated by the absence of new antibiotics, Fukuda said.

These days a growing number of people find their bodies resistant to drugs to treat not just obscure diseases, but commonplace ones like skin and blood ailments, or urinary tract infection.

Among the most difficult infections to treat are tuberculosis, with the United Nations saying that some 480,000 people each year develop a form of the illness resistent to antibiotics.

Also increasingly difficult to treat are hospital-acquired illnesses and sexually transmitted diseases such as gonorrhea.

‘We have not come up with any new class of antibiotics in at least two decades. There is a dry pipeline,’ Fukuda said.

For pharmaceutical companies, research has not appeared profitable with uncertain prospects for profit.

But Fukuda said there has been a growing recognition of the problem in recent years, including in emerging economies such as Thailand.

Several countries, mostly in Scandinavia, have sought to curtail the use of antibiotics, with Norway eradicating their use in captive fish farms.

Leaders of the World Bank and the Group of 20 major economies have recently voiced concern about the effect of rising super-bacterias in global growth and the fight against poverty.

For Fukuda, super-bacteria have finally become a ‘big societal threat.’

‘Just like we saw with climate change or HIV. That is the transition we are seeing right now,’ he said.