Home » Manchet 4 » Salam at New York refugee summit: Our fate is at stake 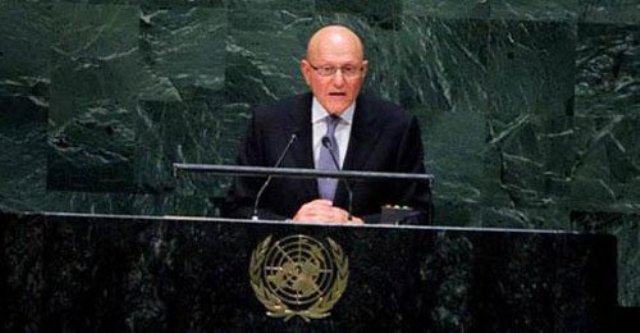 Salam at New York refugee summit: Our fate is at stake

Prime Minister Tammam Salam told the United Nations Summit for Refugees and Migrants in New York, that the fate of the region and its people was at stake, highlighting the necessity of the international community’s solidarity, in light of massive migration and refugee influx amid regional unrest.

“Lebanon is the biggest donor in the world for the displaced, especially those expelled from their home due to violence in Syria,” the Prime Minister said.

“According to the figures of the World Bank, Lebanon has spent USD 15 billion to secure public services, education, and health care for Syrians and Palestinians who now constitute the third of the Lebanese population,” he reminded.

Underlining the reluctance of the international community in that respect, Salam indicated that the world ought to recognize the dimension of the crisis as well as to earmark necessary funds to solve the refugee plight.

He also stressed on the obligation that capable countries host refugee in an attempt to share the burdens of massive displacement.

“There must be a radical change in the way aids are provided,” he said, warning of instability, “which constitutes a ground for extremism and terrorism.”  “We strongly believe that the permanent solution to this problem lies within a political agreement that would allow a safe return of Syrians to their home,” he stressed.

“We equally believe that this solution is within the hands of some of those present among us today,” he added.

“Your interests, as well as ours, require that we avoid further reverberations leading to instability,” Salam concluded.