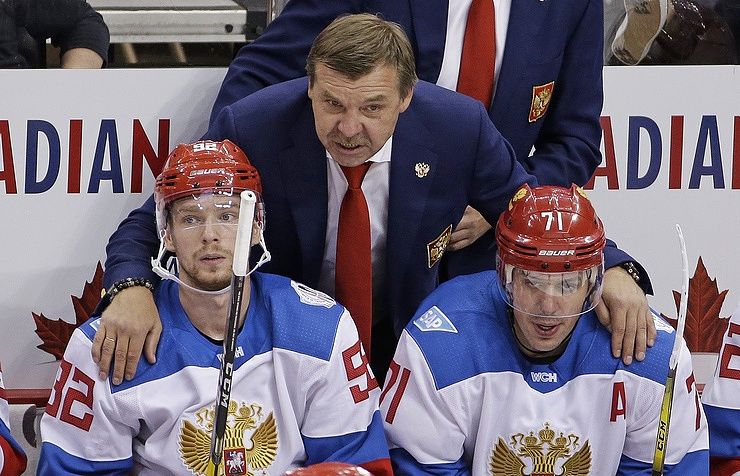 ussia’s national ice hockey team has defeated North America (players not older than 23) 4-3 in its second match at the 2016 World Cup of Hockey in Toronto.

Auston Matthews, Morgan Rielly and Ryan Nugent-Hopkins scored for the North American side in the 6th, 38th and 44th minutes respectively.

The teams of Russia and North America have two points each after two matches.

In a final match of the group stage, Russia’s team will on September 22 play Finland, and North America will play Sweden September 21.

The 2016 World Cup of Hockey is held in Toronto between September 17 and October 1.

The World Cup of Hockey is an international successor of the previously famous Canada Cup (held between 1976 and 1991). After the international event was inaugurated in 1996, it was staged only once again in 2004.

The World Cup of Hockey was organized by the NHL and therefore it was played according to the league’s rules unlike annual Ice Hockey World Championships and quadrennial Winter Olympic hockey tournaments, which are sanctioned by the IIHF and are played to different rules.

The matches of the World Cup of Hockey are played outside the NHL regular season allowing best players of the league to compete in the international event unlike the annual World Championships, which usually overlap with NHL’s playoffs.