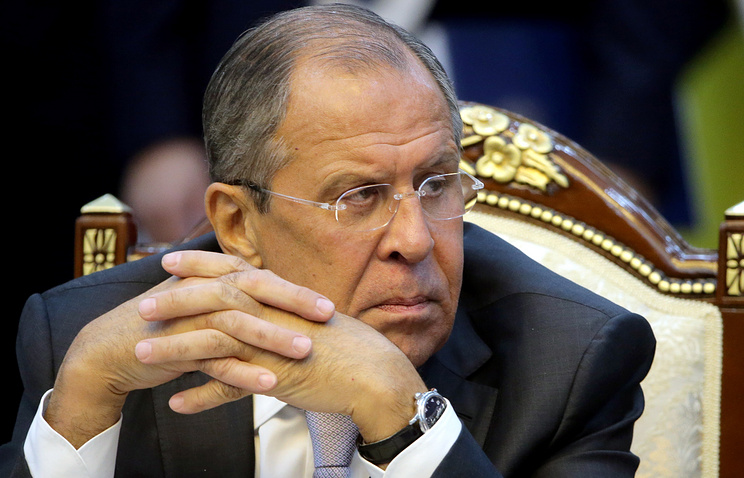 Russian Foreign Minister Sergey Lavrov will today take part, on the sidelines of the 71st session of the UN General Assembly, in the ministerial discussion on Syria, as well as in multisided meetings of BRICS ministers.

The Russian delegation said Lavrov is also scheduled to meet with his counterparts from the United Kingdom, Iraq and other states.

Lavrov will hold a meeting with his Syrian counterpart Walid Muallem.

“A meeting with the Syrian foreign minister has been scheduled,” the delegation’s representative said.

U.S. Department of State spokesman Mark Toner said Lavrov and U.S. Secretary of State John Kerry will hold a bilateral meeting this week on the sidelines of the general debate of the United Nations General Assembly.

Toner said the two top diplomats will most likely meet in connection with the work of the International Syria Support Group and will also have a bilateral meeting. He added that the two diplomats may meet Monday night or Today morning.

He said the talks will focus on observation of the truce in Syria in general, as well as shelling of a humanitarian convoy in the Syrian governorate of Aleppo.

Russia’s Permanent Representative to the United Nations Vitaly Churkin said September 16 that Lavrov and Kerry will hold meetings in New York on the sidelines of the general debate of the UN General Assembly, due September 20-26.

Lavrov arrived in the United States for participation in the 71st session of the United Nations General Assembly, which opened in New York September 13, the Russian Foreign Ministry reported earlier.

“The minister will attend traditional meetings of foreign ministers in multisided and regional formats, including the Collective Security Treaty Organization, BRICS, the Comprehensive Nuclear Test Ban Treaty (CTBT), the international quartet of Middle East settlement mediators and others, as well as high-level thematic events on urgent problems, organized on the sidelines of the General Assembly,” the statement said.

“A meeting with UN Secretary-General Ban Ki-moon is scheduled,” it said.

On September 23, Lavrov will speak during the general political discussion at the General Assembly.