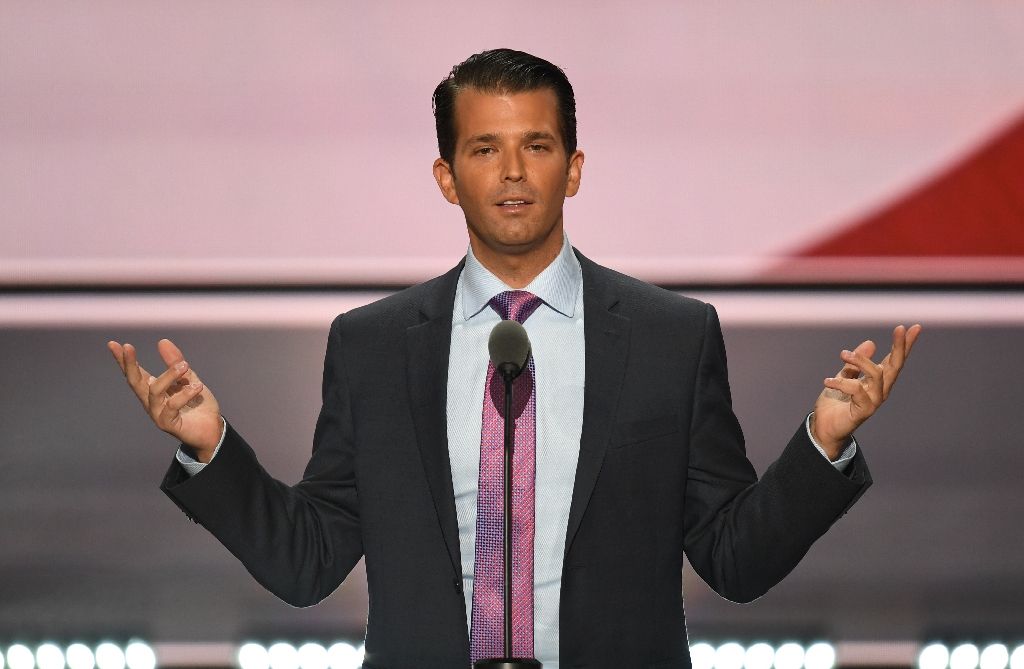 Donald Trump’s eldest son triggered an online storm with a tweet comparing Syrian refugees to a bowl containing an assortment of tainted and untainted candies.

“This image says it all,” Donald Trump Jr, 38, wrote Monday, in a tweet showing a picture of a white bowl filled with the popular, rainbow-colored Skittles candies.

Written above the image is: “If I had a bowl of skittles and I told you just three would kill you. Would you take a handful? That’s our Syria refugee problem.”

The Twitter post — showing the familiar “Trump-Pence 2016” logo with the presidential campaign slogan “Make America Great Again!” — was met with immediate scorn from users of the popular micro-blogging site.

“I’m not even big on Skittles but now I will buy up every single packet,” wrote @SarahSahim.

Donald Trump, the 2016 Republican presidential candidate, has sparked waves of criticism with comments on race, immigrants and refugees, including calling for a ban on Muslim travelers to the United States.

Equally controversial was his pronouncement last year that many Mexican immigrants were drug smugglers and rapists.

The brash businessman also is strongly opposed to plans by President Barack Obama to allow 10,000 Syrian refugees into the United States by the end of this month.

Syria is in the grip of the worst humanitarian crisis since World War II, amid an exodus of more than 4.8 million fleeing the war-torn country.

The United States, which has a long tradition of taking in refugees, has been criticized for its slow response to the Syrian crisis.