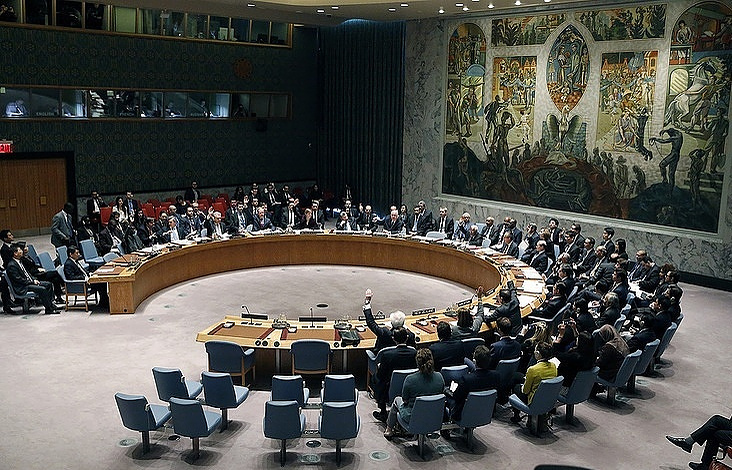 Russia stands against review of veto in UN Security Council

The prerogatives of the current permanent members of the UN Security Council, including the power of veto, are not subject to review, Russia’s Foreign Ministry said in a statement regarding Foreign Minister Sergey Lavrov’s participation in the 71st session of the UN General Assembly.

As the statement says, the UN reform “should be aimed at its adaptation to today’s realities while retaining the intergovernmental essence of the Organization and the unconditional respect for the principle of sharing power between its main bodies, as the UN Charter requires,” the ministry stated.

Russia also stands for “the development and improvement of cooperation between the UN and, regional and sub-regional organizations on the basis of Chapter VIII of the UN Charter, including the Collective Security Treaty Organization (CSTO), Eurasian Economic Union (EEU), the Commonwealth of Independent States (CIS) and Shanghai Cooperation Organization (SCO). This is going to be reflected in the resolutions on cooperation with some of the abovementioned organizations, planned to be adopted at the upcoming session,” the statement says.

The 71st session of the UN General Assembly has opened in New York on September 13. During this most important international forum, UN member states will discuss a wide range of pressing global and regional issues. The Russian delegation is headed by Foreign Minister Sergey Lavrov who will address the General Assembly during the general debate on September 23.