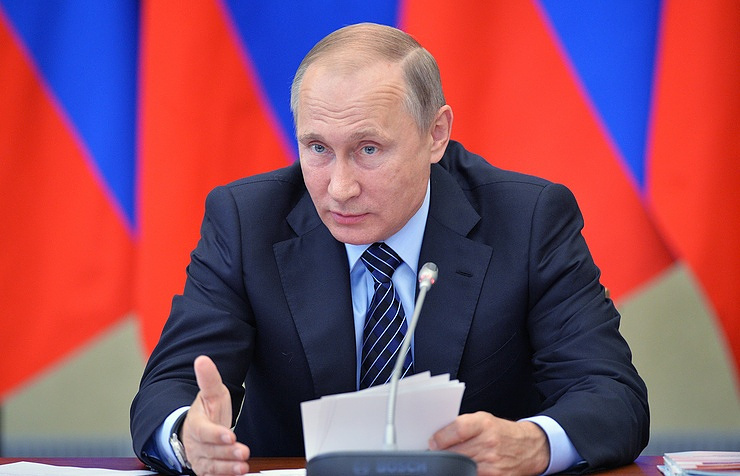 Russia’s President Vladimir Putin has warned the government against attempts to shift the burden of economic reforms to shoulders of citizens and called on the authorities not to allow “shock therapy” in economic reforms.

“Of course, we should by no means shift the whole burden of these reforms (in economy and social sector – TASS) to the shoulders of our citizens. We definitely should get rid of even a hint on any kind of shock therapy,” he said at a meeting with members of the cabinet commenting the result of the election to the State Duma, lower house of parliament.

“In economic and social sectors it is necessary to carry out deliberate, thought-out reforms aimed at increasing effectiveness, changes in the structure of economy and increase the impact from the support for those citizens who really need aid from the government,” the president said.

The elections of Russia’s seventh State Duma have shown that amid uncertainty the people trust United Russia and the government, Vladimir Putin noted. In his opinion United Russia has achieved a good result in the elections.

“Amid the problems and uncertainties, very many uncertainties and risks, the people unequivocally opt for stability. They trust the leading political force. They trust the government, which relies on the United Russia party in parliament. They believe that all of us will be acting professionally and in the interests of the country’s citizens,” Putin said about the election returns.

He pointed out that the election returns were “beyond doubt only a token of credibility with our people and it is to be acted on.”

“I do expect that the government and the newly-elected parliament will pool efforts to work together in a consolidated fashion for the sake of achieving the goals (set by the president – TASS) in the first place in the interests of Russian citizens,” Putin said about the just-ended election campaign.

Putin has also thanked all Russian who cast their vote for their responsibility and devotion:

“I would like to thank all citizens who went to the polling stations to express their attitude to the ongoing events and displayed a responsible attitude and displayed their stance in these elections.”

The Russian president has promosed that Russia will continue to conduct a well-balanced foreign policy based on national interests:

“In our foreign policy, we will naturally follow a well-balanced course aimed at cooperation with all of our partners, without any signs of aggressiveness but with due account of our national interests and ensuring the state’s defense capability.”

Vladimir Putin has also said he expects to see consolidated activity of the government and the new Duma.

The president hailed the results of the Duma election, adding that “this is whiteout any doubt just an advance from our people and it must be worked off”.

“I expect very much that the government and the new lineup of the parliament will work in consolidated manner, pulling together efforts towards the implementation of the aims (set by the president), and first of all – in the interests of the Russian citizens,” Putin said.