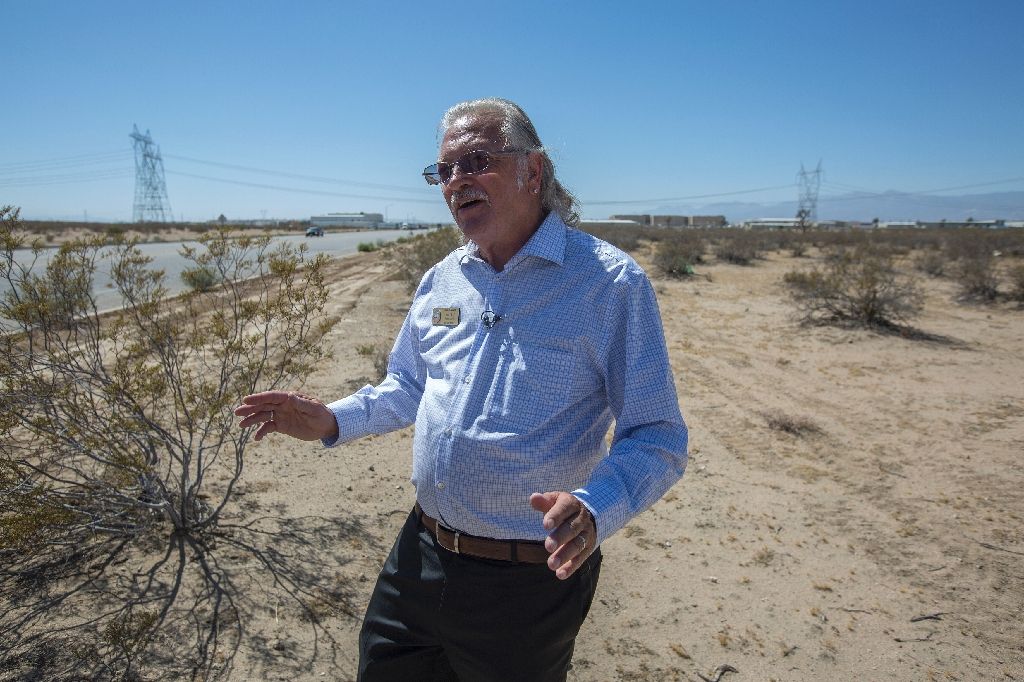 Two years ago, the city of Adelanto, a crumbling outpost in California’s Mojave desert, was facing a bleak future as it teetered on the brink of bankruptcy and struggled with double-digit unemployment.

“We were about to vanish, to be incorporated into another city,” says councilman John “Bug” Woodard Jr. “The place was dying and in total despair.”

Today, however, the once-desolate town is firmly back on the map, having joined a handful of communities in California in embracing large-scale commercial cannabis cultivation — a move that smells of success as the state prepares to vote in November on legalizing the use of recreational marijuana.

Though California already allows the use of medical marijuana, the initiative to fully legalize the drug — seen as likely to succeed — is expected to transform the most populous state in the US and one of the world’s largest economies into a new epicenter for cannabis, bringing in billions in revenue.

According to the Arcview Group, a cannabis investment and research firm based in California, medical and recreational marijuana sales are expected to more than double to $6.5 billion in the Golden State by 2020 if the drug becomes fully legal after November.

Nationwide, the legal cannabis market — which stood at about $5.7 billion in 2015 — is projected to reach more than $23 billion by 2020, according to Arcview.

Apart from California, several other states including Arizona, Maine, Massachusetts and Nevada will also vote on legalizing recreational marijuana on November 8, at the same time as casting ballots in the presidential race.

A similar ballot measure in California failed in 2010 but support has grown since, with Silicon Valley billionaire Sean Parker among backers of the latest initiative, which has the support of 58 percent of voters according to a recent USC Dornsife/Los Angeles Times poll.

For Adelanto, the signs pointed to an opportunity too good to pass up.

Last November, the town became among the first in California to permit medical marijuana cultivation.

The decision to welcome marijuana growers led to a flood of high-end investors rushing to the town of 32,000 residents to buy up warehouses and plots of land in two so-called “green zones” earmarked for cannabis cultivation, local officials say.

“All of a sudden, we have people driving over here in Bentleys to look at property,” said Woodard, 57, a real-estate agent with wispy shoulder-length hair who organizes an annual jazz festival in the desert.

“Here you have a building that was bought for $725,000 a couple years ago and now it’s worth four million,” he added, pointing to an expanse of land dotted with warehouses surrounded by Joshua trees and brush.

“When you say Adelanto now, everybody knows where it is.”

Among the celebrities who have reportedly joined the mad scramble to snag a producer license in the city, Woodard says, are rapper Snoop Dogg, one of reggae legend Bob Marley’s sons, Ky-Mani Marley, and actor Tommy Chong, of cult comedy duo “Cheech & Chong.”

City officials said they expect cannabis production to easily reach 100 tons annually once farming gets fully underway, bringing in much-needed tax revenue to the decrepit town until now known more for its three prisons than for being pot-friendly.

“We are on the precipice of taking over the industry,” Jermaine Wright, a former pastor and member of the city council, said assuredly. “We’re doing what no other city has done when it comes to marijuana and this is going to bring in other businesses and manufacturing.”

The city’s cannabis ordinance stipulates that 40 to 50 percent of the workforce must be drawn from the local population, a measure that should significantly reduce unemployment, local officials say.

So far Adelanto, which means progress in English, has issued 35 licenses to grow cannabis and expects to hand out more in coming months, Woodard said.

Dan Olson, who owns a company that manufactures air filtration equipment in one of the “green zones,” said he has seen the town transform as it prepares for the expected windfall from cannabis farming.

“I go out for a walk in the desert every morning and I can see the change,” said Olson, whose company has been in the city for 12 years. “You now see all these cars with black tinted windows driving around and you see all these warehouses where the weeds have been pulled and you know it’s going cultivation.”

Christopher Goodman, 59, who is in the process of purchasing several warehouses in the city, said he expects to reap millions from his investment.

“The demand is here and the more people get educated about cannabis the more people will use it,” said Goodman, who was in the auto business before turning to cannabis farming several years ago.

“I’ll tell you what, I’d much rather smoke cannabis than drink beer and I mean that wholeheartedly.”