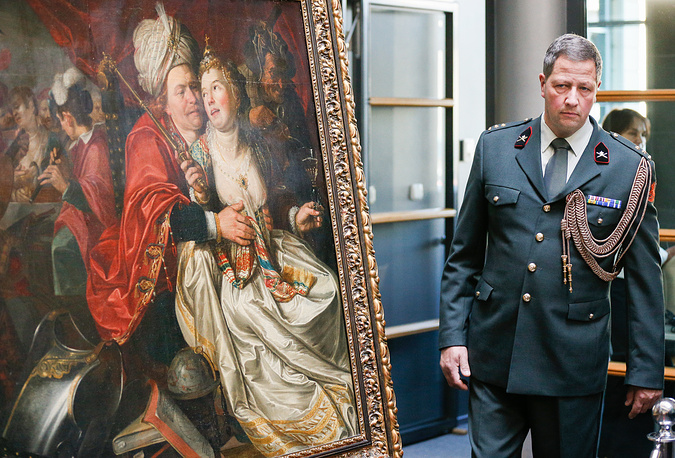 Ukraine has returned five recovered paintings that were stolen from the Westfries Museum in the city of Horn in 2005, the Dutch Foreign Ministry reported on Friday.

The works of art were handed over personally to the museum’s director, Ad Geerdink, at the Dutch embassy in Kiev on Friday.

“I am very happy that it finally happened. I put in much effort to achieve this goal. Thanks to cooperation with the Ukrainian authorities, the pictures can now return to their homeland. I hope that they will be put on display as soon as possible,” Dutch Foreign Minister Bert Koenders said.

Twenty-four pictures and 70 silver artifacts, which formed the bulk of the 17-18th century collection, were stolen from the Westfries museum in January 2005. In December last year, the museum said that the stolen works were kept by the Organization of Ukrainian Nationalists (banned in Russia) which had tried to sell the canvases for 50 million euros.

In April this year, Ukraine’s Security Service said that the four stolen paintings had been recovered. A stranger left another Dutch painting outside the Dutch embassy in Kiev in May this year. Dutch experts confirmed that the works were authentic. The other works of art are still considered to be missing. Dutch experts have no doubt that they are in Ukraine.