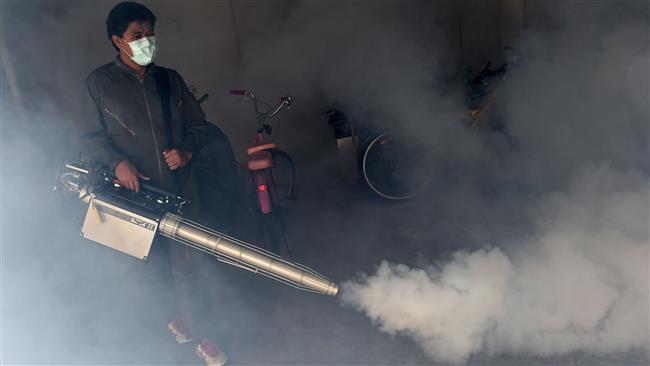 Thailand authorities seek to curb the Zika epidemic by eliminating breeding grounds of mosquitoes that can transmit the virus.

The Thai Public Health Ministry announced on Friday it would revive a 1992 law allowing officials to order the elimination of decorative ponds or any areas with still water where mosquitoes can breed.

The ministry said changing still water every seven days was an effective way to prevent a surge of mosquito offspring.

Mosquitoes usually breed and hunt within a 100-meter (100-yard) radius of their birth place, according to the ministry.

Authorities warned homeowners who fail to remove mosquito breeding grounds on their property that they would face jail and fines.

Mosquitoes have always been a major concern in Thailand because they also transmit malaria, dengue fever and chikungunya.

Thailand has 279 confirmed cases of Zika since the start of the year. More than 30 pregnant women are among the victims.

Zika symptoms may include fever, rash, joint pain, and conjunctivitis, and when pregnant women are infected, it can lead to microcephaly causing severe brain damage in babies.

Thai Ministry of Public Health spokesman Suwannachai Wattanayingcharoenchai said recently that the public should not panic about the virus. He added that due measures had been taken to protect tourists.

Zika was first found in Thailand in 2012, and the Bangkok Metropolitan Authority has been regularly screening the residents of the tourist-friendly nation for any virus since then.

Despite the repeated assurance of safety by Thai authorities, Australia, which is a main provider of tourists to the country, advised travelers headed to the epidemic zone to exercise a “high degree of caution.”

Australia’s Department of Foreign Affairs on Friday cited a recommendation by the Australian Department of Health to pregnant women to defer non-essential travel to the country.

Zika, which was first identified in Uganda in 1947, is spreading across the world and has currently reached 72 countries and territories, according to the United Nations.

It is estimated that in Brazil alone, 1.5 million people have been infected by the virus and more than 3,500 cases of microcephaly were reported between October 2015 and January 2016.

There is no vaccine for Zika and efforts to eliminate the virus by using insecticides to kill carrier mosquitoes have resulted in the death of honey bees.