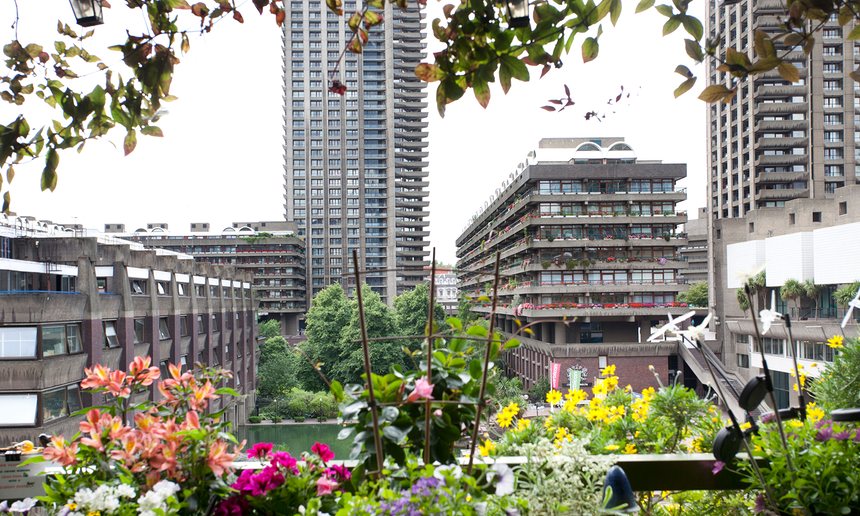 These stressors aren’t simply inconvenient or irritating, though; research has suggested that urban living has a significant impact on mental health. One meta-analysis found that those living in cities were 21% more likely to experience an anxiety disorder – mood disorders were even higher, at 39%. People who grew up in a city are twice as likely to develop schizophrenia as those who grew up in the countryside, with a 2005 study suggesting this link may even be causal.

Urban stressors appear to have a biological impact, too. A 2011 study from the Central Institute of Mental Health at the University of Heidelberg found that city living was associated with greater stress responses in both the amygdala and the cingulate cortex – areas linked to emotional regulation, depression and anxiety. This increased activation, the research team said, could have a “lasting effect”, both on the brain’s development and its ongoing susceptibility to mental illness.

The studies are part of a wider field of environmental psychology that seeks to understand how individuals interact with their environments, and how those environments can affect our social lives, relationships and even our mental health.

The issue is hotly debated. For example, it’s often believed that open plan offices promote pro-social working and avoid the drab monotony of cubicle working, butother studies claim that it can instead be bad for productivity and wellbeing.

Co-housing is often promoted as a way of encouraging community spirit. Many people who live in these communities – usually private bedrooms with communal kitchens or social areas and shared maintenance responsibility – have reported increased happiness and connection with other residents. But other studies have stressed that tenants can lose their sense of individualism and privacy.

Layla McCay, director of the Centre for Urban Design and Mental Health, says these debates are complex and dependent on a number of nuanced factors. The think tank was set up to encourage more rigorous evaluation on the way we design our cities, and what impact it can have on mental wellbeing. She isolates several elements that she believes have a positive influence: access to nature or green spaces, the design of public spaces that facilitate physical activity and encourage social interaction, and living and working in spaces that feel safe.

But what about particular kinds of buildings? Brutalist structures like the Barbican estate in London are not always considered to be so positive for mental health, with many condemning brutalism’s depressing aesthetic. Yet despite some calling it London’s “ugliest building”, the Barbican is a perfect example of the positive attributes outlined by McCay. Full of greenery, lakes and balconies, the estate also gives pedestrians priority over cars and features mini town squares where residents can socialise, work and relax.

The estate is well lit and designed with good sight lines, meaning residents feel safe – a huge factor in their mental wellbeing. But this can be a difficult line to tread. Though well-lit areas are generally considered to reduce stress by increasing feelings of safety, it has been argued that darkness is a luxury not afforded to those living in council housing. If you live in an estate where bright lights shine in your window, you may lose sleep or feel exposed and surveilled; darkness, on the other hand, can be more subtly landscaped to provide a sense of value, safety and beauty.

But if a so-called ugly building can still be positive for mental health, what role does beauty and aesthetic have to play? Despite beauty being a subjective term,recent research has found that “inhabitants of more scenic environments report better health”, but again this often comes back to the presence of nature. Indeed, neglected environments can contribute to mental ill-health – dilapidated neighbourhoods and abandoned shops or houses can make us feel unsafe, with run-down environments found to contribute to anxiety and persistent low mood.

Though high-rise housing was initially commended for its views, larger rooms, sense of “urban privacy” and efficient use of concrete, it was later suggested that the designs gave rise to various social and mental ills: increased crime, suicide rates and behavioural problems. High-floor dwellers were most at risk when it came to the negative impacts of such living environments because they were apparently most likely to isolate themselves. Such buildings were roundly condemned by JG Ballard, who felt that the “rapid turnover of acquaintances, the lack of involvement with others, and the total self-sufficiency of lives” he saw in high-rises would allow “the psychotics” to take over.

Though Ballard’s doom-laden vision of high-rise living may seem compelling – especially considering the anti-social reputation of such estates – more recent research suggests that the buildings are not as intrinsically flawed as we might first imagine. Rather, the social ills found in such environments may be more closely related to poor maintenance than anything innate. Reports have foundthat “risky” facilities such as broken lights and windows, litter, graffiti and non-functioning CCTV may have more to do with increased crime rates – and anxiety-inducing fear of crime – than the physical environment itself. So mental ill-health may increase once the physical environment has deteriorated.

Southwark’s Heygate Estate had a reputation for crime, despite crime rates that were half the average for the borough. Southwark council’s director of regeneration claimed in 1999 that “social housing generates people on low incomes coming in, which generates poor school performances, and middle class people stay away”. With attitudes like this, is it any surprise that tenants felt isolated and abandoned?

Shopping centres also appear to refute the physical determinism of much environmental psychology. Often considered to be vast, unhealthy behemoths designed to disorient and dazzle us into spending money we don’t have, shopping malls could, in fact, be beneficial to individual and societal wellbeing. One team of researchers argues shopping centres may possess “mentally restorative qualities” that could rival even natural settings. Again it suggests that healthy factors – greenery, a focus on safety, good maintenance, a sense of openness – could significantly reduce stress, no matter how buildings themselves are designed or interpreted.

This isn’t always the case; privatised public spaces like shopping malls often limit activity and use design to control behaviour. Though these spaces may feel and seem as if they are public, they are privately owned, meaning that our rights and behaviours are constricted and controlled. This in turn can contribute to a sense of anxiety.

What about buildings that claim to be cities in themselves? In China, the proposed development of a “Sky City” – which was supposed to combine natural green spaces with homes, hotels, offices, shops, schools and a hospital in one building – was an attempt to create a living environment that both encourages tenant wellbeing as well as improving sustainability and providing efficient use of space. Gensler’sShanghai Tower, which is set to open to the public soon, has incorporated restaurants, shops, homes, offices and even parks inside a consciously pro-social spiral glass shell. Visiting a park two floors down from your flat might sound convenient, but can it really replace the health benefits of a stroll in a natural green space? Going to school in the same building you live in could save time, but it also sounds like a limiting, claustrophobic and homogenous experience.

In terms of workspaces, McCay describes Coca Cola’s new Tokyo headquarters, designed by Japanese architectural firm JMA, as an impressive example of design that combines good architecture with mindfully positive environmental features. The company has established bike parking so that employees cycle rather than drive to work, the building is full of natural light, and co-working spaces have replaced traditional cube-style office working spaces.

Ongoing debates aside, physical environment can only determine so much. Biological and social factors are still major drivers of mental ill-health, whether clinical or not.

“Genetics, early experiences, family relationships and social settings can’t be addressed through urban design,” McCay explains. “But urban design can and should play a role, just as it does for physical disorders, which have equally complex causes.”

Increasingly, buildings and public spaces are being designed – or at the very least, critically analysed – with mental wellbeing in mind. A small number of collectives and centres have been established to examine the ways urban spaces intersect with mental health, and architects and policymakers are slowly becoming more mindful of the ways their projects impact on the health and happiness of city-dwellers.

With anti-stigma campaigns and increased media visibility bringing mental health to the forefront of the cultural landscape, there’s a clear case for policymakers to take it into consideration when designing public spaces. But experts believe guidelines for healthy urban environments are currently failing to take this growing awareness into consideration. Alan Penn, dean of the Bartlett faculty of the built environment at University College London, believes that policymakers and architects are not dealing with mental health sufficiently because “understanding of these issues is not yet mainstream” in the architectural community.

McCay is optimistic, and believes that opportunities to improve mental health will become “business as usual”, and “an expected component of the value of any design for buildings and public spaces”.

“Designing spaces to promote good mental health – and to support people with mental health problems – is an integral part of building a sustainable city,” she says.

“Good mental health can improve our enjoyment of life, our coping skills and relationships, our educational achievement, employment, housing and economic potential, help reduce physical health problems, ease the demand for healthcare and social care, build social capital, decrease suicides; and help people to live together in a positive, productive, cost-effective and ultimately happy way. That benefits everyone.”