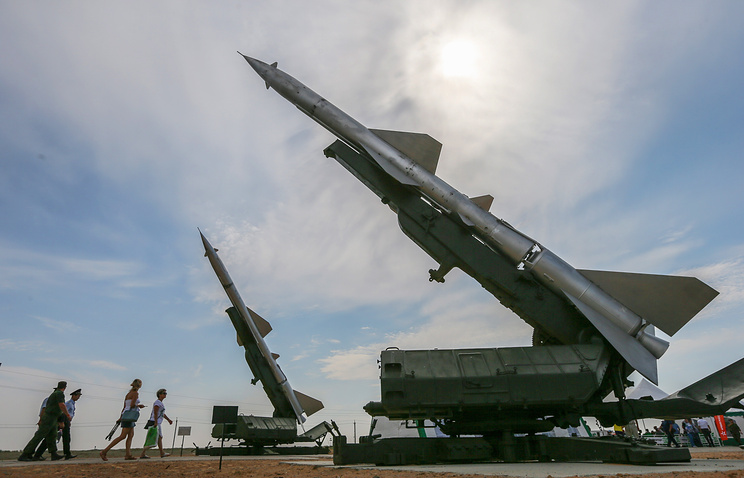 The United States has not specified its claims against Russia related to the Intermediate-Range Nuclear Forces (INF) Treaty to date, Vladimir Leontyev, Deputy Director of the Russian Foreign Ministry’s Non-Proliferation and Arms Control Department has told TASS.

When asked to comment on the course of the dialogue between the parties given Washington’s hope for ironing out differences on the treaty this year, the diplomat said:

“Firstly, I want to say that there aren’t any negotiations on this issue. Our US counterparts are mostly employing megaphone diplomacy techniques. That is, they say that they have claims against Russia, and that’s the end of it.”

“The point is that they put forward claims against us in terms of tests we allegedly conducted in the past. However, the Americans fail to come up with details for their claims,” Leontyev said.

The US administration first accused Moscow of violating the INF Treaty in July 2014. The Americans later repeated this allegation on several occasions, but Russia fully rebuffed the accusation. Washington has purported that Moscow created a land-based cruise missile falling under the provisions of the INF Treaty, which prohibit the manufacture and testing of missiles with a range between 500 and 5,500 kilometers. However, the US government has never specified what product it meant.

According to Leontyev, Russia “has counterquestions for the Americans, and quite substantive at that.”

“Firstly, it is large-scale development and use of target missiles, which are fully identical to medium-and shorter-range ballistic missiles. That is, the scope of activities in this area is such that, in our view, one may talk about developing and testing the technologies for the production and combat use of these missiles,” he said.

“The second issue that we raise with the Americans is not new either,” Leontyev went on to say. “They have been well aware of it, probably, for more than 15 years now.” “It is the US unmanned combat aerial vehicles falling under the definition of medium-range cruise missiles under the treaty. Here we see no willingness by the American side to meet us halfway either,” the diplomat stressed.

He noted that “the last problem that has surfaced in connection with the deployment of elements of the global missile defense system to Europe is the use of the MK-41 launchers that, according to the US Missile Defense Agency, are almost similar to the ones used by the US Navy for launching the Tomawahk cruise missiles.
“In our view, testing and deploying such launchers ashore can be regarded as a direct violation of the relevant provisions of this treaty by the United States. We raised this issue with the Americans. However, instead of discussing it seriously, at the level of technical experts, the US prefers to use megaphone diplomacy methods,” the diplomat explained.

According to Leontyev, the issue of the INF Treaty “is addressed during some bilateral contacts from time to time.”

“However, this issue should be discussed by military and technical experts,” he noted. The diplomat took part in the seventh conference of officials of the five UN Security Council permanent members on disarmament and non-proliferation in Washington.