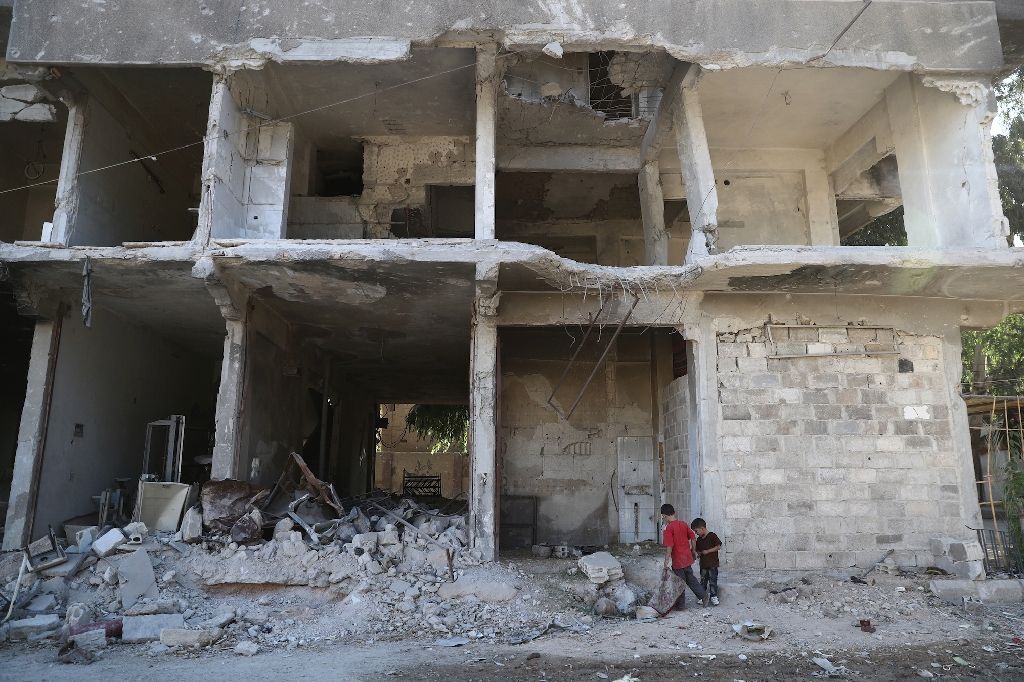 US President Barack Obama will huddle with top national security aides — including his secretaries of state and defense — Friday, amid deep unease over a tenuous Syria ceasefire deal.

Barely a week since the United States and Russia agreed to halt bombing and let humanitarian aid into Aleppo, shaky implementation looks set to dominate a meeting ostensibly about countering the Islamic State group.

The deal has somewhat quieted the bombs over Syria’s second city, but aid convoys have not been allowed to reach the roughly 250,000 civilians besieged by government forces.

Washington and Moscow are already trading blame over who is responsible.

“Right now, the trucks that could bring them lifesaving assistance are idling on the wrong side of the border,” White House spokesman Josh Earnest said Thursday.

“That’s the direct responsibility of the Assad regime and their benefactors in Moscow.”

A Russian military spokesman earlier slammed the United States for what he called “rhetorical fog” intended “to hide the fact that it is not fulfilling its part of the obligations.”

Only the Syrian army is observing the ceasefire, he said, pointing the finger at US-backed rebel groups.

Since US Secretary of State John Kerry agreed the deal with his Russian counterpart Sergei Lavrov after marathon talks in Geneva, Obama has increasingly been forced to referee disputes within his own administration about the agreement.

Some within the Pentagon have expressed deep skepticism that Russia will live up to its side of the bargain and believe Kerry is being led down an alley.

Russia, critics say, has repeatedly used talks to blunt criticism of its support of Assad, sow doubt among US allies on the ground and buy time for Syrian forces to improve their position.

But White House and State Department officials have argued any ceasefire, even if imperfect and even if fleeting, offers desperately needed respite from a brutal five-year civil war that has killed 300,000 people.

Privately they express concern that Russia may be stalling for time, but say ultimately talks are the only way the Syrian war will come to an end.

The White House has warned that deeper military cooperation with Russia — a tacit vindication of the Kremlin’s war in Syria — will not come until Moscow fulfills its obligations.

“What really matters here is that the president of the United States supports this agreement, and our system of government works in such a way that everyone follows what the president says,” said State Department spokesman Mark Toner.

While debates within the administration continue, the White House is also coming under fire from outside for refusing to make details of the agreement public.

Even allies like France have gone as far as publicly stating they want more details.

“The United States has certainly been in touch with our other allies and partners to help them understand exactly what we are trying to achieve,” said Earnest.

“I think that we’ve been quite clear about the details in terms of what the arrangement requires on both sides.”