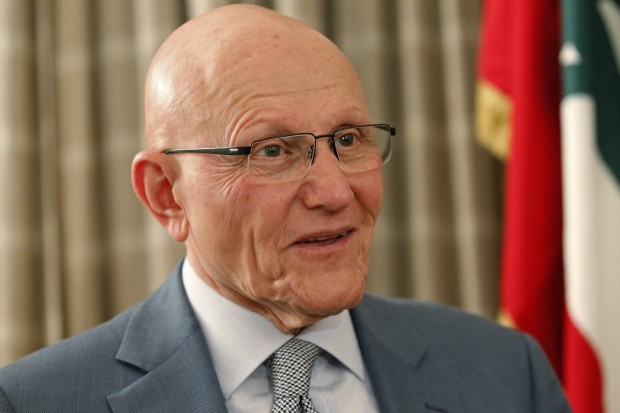 The Ambassadors of France, the People’s Republic of China, the Russian Federation, the United Kingdom, the United States,and the UN Special Coordinator for Lebanon met this morning the Prime Minister Tammam Salam and reaffirmed their strong support for the continued stability and security of Lebanon.

Ambassadors and the Special Coordinator commended the efforts of the Prime Minister to govern under increasingly difficult circumstances and conveyed their ongoing support for his work. They called on all Lebanese parties to work responsibly in the national interest, to enable government institutions to function effectively, and to ensure that key decisions are taken, at a time when mounting security, economic, social and humanitarian challenges are facing Lebanon.

Recalling the Presidential Statement of the Security Council of 22 July, Ambassadors and the Special Coordinator expressed their deepening concern over the twenty-seven-month vacancy in the presidency of Lebanon, which continues to cause blockages in the Council of Ministers and to render the Parliament incapable of passing critical legislation.  They urged all Lebanese leaders to put aside their differences in the broader interest of Lebanon and its people, and to act with leadership and flexibility to convene urgently a parliamentary session and proceed with the election of a President.

Ambassadors and the Special Coordinator underscored the Security Council’s previous calls to all parties to recommit to Lebanon’s policy of disassociation, consistent with the ministerial declaration of the current Government and the Baabda Declaration of 12 June 2012.

Ambassadors and the Special Coordinator discussed with Prime Minister Salam the question of the upcoming legislative elections. They looked forward to the timely holding of the 2017 elections, which will strengthen Lebanon’s stability and preserve and renew the democratic nature of the Lebanese Republic.  They welcomed the intent of the government of Lebanon to take steps to ensure that elections be held on time

Ambassadors and the Special Coordinator looked forward to the upcoming summit meetings on migration and refugees on the 71st General assembly.  Recognizing Lebanon’s unique role in hosting refugees, they encouraged the Government of Lebanon to show global leadership and put forward constructive proposals in this connection.