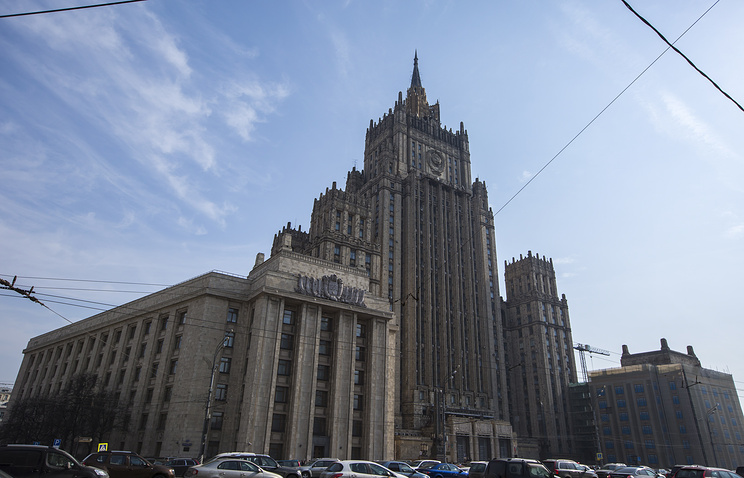 Russia has not received any notifications from Kiev yet Ukraine has filed a lawsuit at the International Tribunal for the Law of the Sea, Russian Foreign Ministry spokeswoman Maria Zakharova told a news briefing today.

Kiev accuses Moscow of violating the 1982 UN Convention on the Law of the Sea. President Pyotr Poroshenko on Wednesday said he had instructed the Foreign Ministry to file a lawsuit against Russia and to notify Moscow by the end of the day.

“We’ve heard statements Ukraine has handed over to us a notification it is filing a lawsuit at the arbitration tribunal over Russia’s alleged violations of its obligations under the UN Convention on the Law of the Sea,” Zakharova said. “We have not received such a notification yet. Russia as a responsible state and a signatory to the Convention has diligently complied with its obligations under that international treaty. Naturally, the same applies to maritime areas around the Crimean Peninsula.”

She speculated that Ukraine apparently thought “its sovereignty, sovereign rights and jurisdiction of a littoral state apply to these areas.”

“One cannot but feel surprise over such interpretation of the status of maritime areas around the peninsula,” Zakharova said. “As a result of Crimea’s reunification with Russia Ukraine is no longer a littoral state in relation to the maritime areas adjacent to Crimea and, consequently, has no corresponding rights to them.”

“This Ukrainian initiative is nothing but a territorial claim to Crimea. Naturally, the affiliation of a plot of land is not a subject matter of the Convention on the Law of the Sea. As far as activities in maritime areas around the peninsula are concerned, we have more than once expressed the readiness to discuss this issue with the Ukrainian side on the specific content of such activity. Nevertheless, no dialog with Ukrainian representatives followed, because the Ukrainian side refused,” Zakharova said.