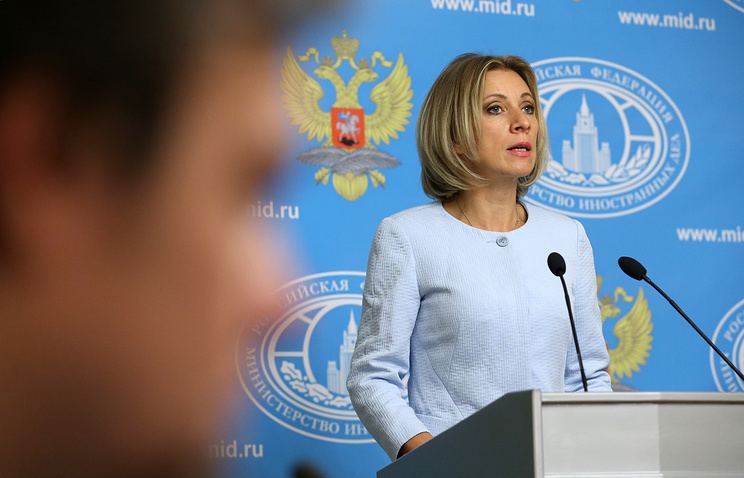 Washington’s doubts about Moscow’s readiness to implement the agreement on Syria are illogical and do not help solve the situation, Russia’s Foreign Ministry official spokeswoman Maria Zakharova said today.

“For some reasons the US colleagues consider that the ceasefire regime is a kind of a test for Russia’s reputation. This is strange. We believe that such statements are illogical and counterproductive,” Zakharova said.

“It’s regrettable that despite the positive outcome in Geneva we hear such statements that do not do good,” she added.

There are examples of such work, Zakharova said. “We know well that when the US wants to work, they can work. We believe that such statements should be followed by a responsible effort on implementing the achieved agreements,” she stressed.

Moscow has been for the publication of its agreement with the United States on Syria from the very beginning – in order to avoid speculation:

“The Russian side from the very outset and in the process of coordination kept persuading the US side to make public the whole package of agreements,” Zakharova said. “We believe this can and must be done to ensure the package of documents should not be a subject matter of speculations.”

Earlier, US Department of State spokesman Mark Toner said that Washington was considering the possibility of publishing the agreement on truce in Syria in full or partially. He added that a final decision was yet to be made.

On September 10, Russian Foreign Minister Sergey Lavrov and US Secretary of State John Kerry coordinated in Geneva a package of five documents aimed at reinstating ceasefire in Syria and laying down the foundation for the resumption of the political process.

These documents include separating opposition from terrorists, carrying out joint airstrikes of Russia and the US, procedures of responding to possible ceasefire violations and the issues of delivering humanitarian assistance sought by millions of people.