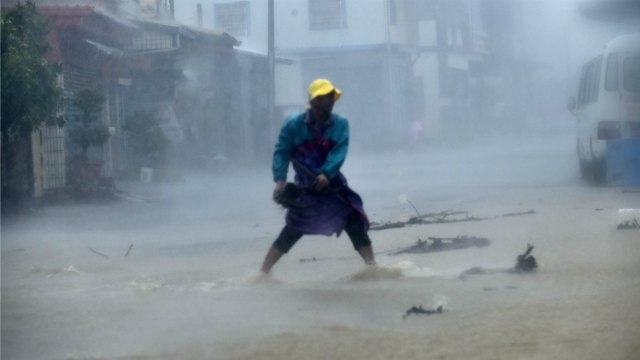 Parts of Taiwan were brought to a standstill today (Sep 14) as the strongest typhoon of the year skirted past the island’s southern tip, knocking out power for more than 180,000 households.

Although super typhoon Meranti did not make landfall, the storm brought record strong winds and torrential rains to eastern and southern Taiwan.

At 0215 GMT (10.15am, Singapore time), Meranti was 30km southwest of southernmost Hengchun township, packing gusts of up to 263kmh.

“Meranti will have its most significant impact on Taiwan today,” said forecaster Hsieh Pei-yun.

School and work were cancelled for most eastern and southern counties while trains running along the east coast have been halted — affecting travel for the Mid-Autumn Festival long weekend which starts Thursday.

The storm is expected to dump as much as 800mm of rain in mountainous areas, potentially triggering landslides.

Close to 1,500 people have been evacuated from at-risk areas, with about half in temporary shelters, according to the Central Emergency Operation Center. Meranti was moving northwest into the Taiwan Strait at 18kmh.

Another storm brewing east of the Philippines may also affect Taiwan later this week. The weather bureau’s Hsieh said tropical storm Malakas was expected to be closest to the island on Friday and Saturday, but was unlikely to make landfall.