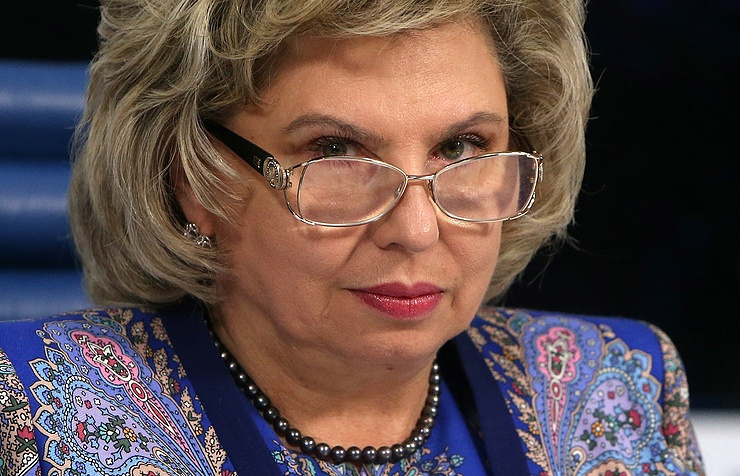 Russia’s newly appointed human rights ombudswoman Tatiana Moskalkova held her first meeting with European Union Ambassador in Russia Vigaudas Usackas on Tuesday to discuss observation of human rights, the implementation of the Minsk agreements and the position of convicted Ukrainian nationals who remained in the territory of Crimea after the region’s reunification with Russia.

“I asked Mr. Ambassador about the supply of 150 tonnes of ammunition from Lithuania to Ukraine and how those deliveries matched the provisions of the Minsk agreements. He promised to inform the Lithuanian ambassador about our concerns,” Moskalkova told TASS after meeting Usackas.

Early in September, the Lithuanian Defense Ministry handed over almost 150 tonnes of small arms shells, which are not used by the Lithuanian army, to Ukraine. The defense ministry explained that the Lithuanian military had used the shells for retooling their armed forces according to NATO standards. The ministry added that the ammunition had been transferred to Ukraine in compliance with a decision to support Ukraine, which the Lithuanian side adopted at Ukraine’s request in 2014.

The Russian embassy in Lithuania said on September 9 that the handover of ammunitions from the Lithuanian army arsenal to Ukraine contradicted the Minsk agreements.

Moskalkova said that Usackas had asked her if Russia was planning to cancel its law on non-commercial organizations, which function like foreign agents. “I told him that the amendments, which were made to the law last summer, had made it possible to differ socially-oriented NCOs from those involved in political activities. We intend to continue monitoring the application of this law,” the Russian human rights ombudsman said.

She told the EU ambassador how she was tracking down the observation of the rights of Ukrainian nationals detained in Russia, including the provision of medical services and arrangement of special meals for the convicts who needed them for health reasons.

“I also said that the problem concerning the future of Ukrainian inmates who remained staying in the territory of Crimea after the region’s reunification with Russia would soon be resolved,” Moskalkova said adding that she, in turn, had asked Usackas about Brexit and its consequences.

“For my part, I wanted to know more about Britain’s exit from the European Union because it is going to affect human rights, the right to a visa-free entry and the future of the currency. I also asked (the EU ambassador) to tell me about the EU-Turkey migration deal,” Russian ombudsman said.