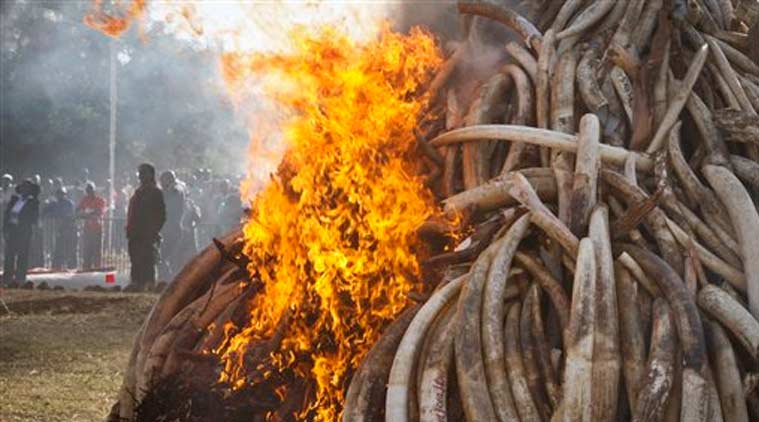 Members of an international environmental group were considering a proposal Friday to urge leaders in every country to close domestic ivory markets that threaten elephants.

The International Union for Conservation of Nature planned to vote on the proposal at the World Conservation Congress in Honolulu, but some members of the global group of government and nonprofit representatives didn’t want a ban, and the vote was delayed Friday when they filed a complaint saying their concerns had not been heard.

“Some governments just don’t see the reality of the crisis that the countries of central and East Africa are facing right now,” said Susan Lieberman, vice president for international conservation at the Wildlife Conservation Society. “This is about saying to all governments, “Make it so people can’t buy ivory, because that’s the only thing that’s going to stop the organized criminals who are causing the poaching of elephants.”

If the group passes the proposal, it won’t have the power to enforce it. Each country would have to enact laws individually, but the group’s policy experts could help countries craft laws.

“While the resolutions are not international law, in many cases, they are the genesis of international agreements,” said Enrique Lahmann, global director of the International Union for Conservation of Nature.

The number of savanna elephants in Africa is rapidly declining and the animals are in danger of being wiped out because of the ivory trade, according to a recent study, which said the population plummeted by about 30 percent from 2007 to 2014 and is declining at about 8 percent a year.

The United States announced a near-total ban on the domestic sale of African elephant ivory in June.

“We’re talking about the extinction of elephants,” said Joseph Moravec, law student at Pace University and voting member of the conservation congress. “Ivory markets are going to close one way or the other, whether it’s us closing them when the elephant is still alive, or they’re going to close in a few years when these species are still extinct and there’s no more ivory left.”

Meetings to work out disagreements about the ivory ban proposal were closed to the press Wednesday and Friday, and conference organizers did not release the names of the representatives or countries who delayed the vote.

The IUCN has 1,300 members from more than 160 countries. For a measure to pass, more than half of the eligible members must be voting, and a majority of the votes must support the measure.