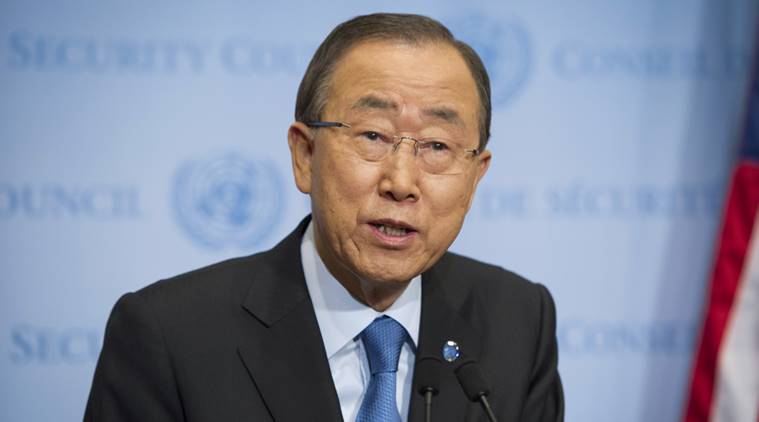 Secretary-General Ban Ki-moon tells The Associated Press that reducing tensions on the Korean peninsula is one of the most serious issues facing the world because the impact of North Korea’s use of nuclear weapons would be far greater than the casualties in Syria and other conflicts.

The UN  chief said for almost 10 years as secretary-general, and before as South Korea’s foreign minister, he tried with ” all my efforts  to talk with North Koreans in any way I can to promote peace and security and reconciliation between the South and the North.”

“But I regret to tell you that it has not been materialized because of many different situations, mainly caused by North Koreans’ provocative actions,” Ban said.

North Korea has been hit by five sets of UN sanctions since it first tested a nuclear device in 2006. The UN Security Council
agreed to immediately begin work on a new raft of sanctions on North Korea after its fifth nuclear test drew global condemnation.

Now,   Ban Ki-moon said, ” we are coming to almost this confrontational situation.”