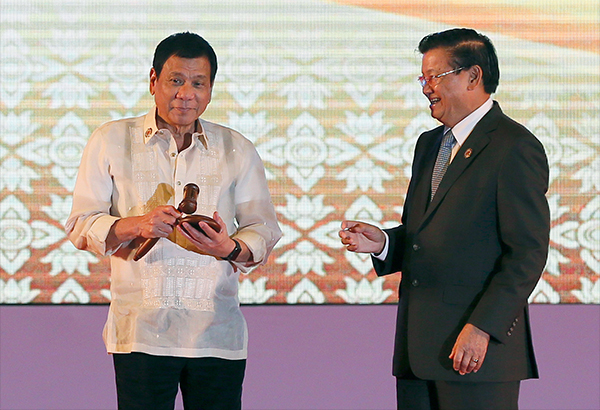 Philippine President Rodrigo Duterte insisted Friday he had not intended to insult US leader Barack Obama, but immediately took aim at another global figure by labelling UN chief Ban Ki-moon a “fool”.

Duterte sparked a storm on the eve of an Asian summit this week by labelling Obama a “son of a whore”, prompting the US president to cancel a planned meeting. The pair met briefly later at the gathering in Laos after Duterte expressed regret. But acid-tongued Duterte today said the Philippine expression “putangina” should not be taken at face value, and it was “an ordinary expression (used) by everyone”.

“It’s son of a bitch or son of a gun. It’s not son of a whore,” he told an audience of Filipinos during a visit to the Indonesian capital Jakarta. He insisted his remarks were not directed at Obama but at the US State Department, which has raised concerns over potential human rights violations in Duterte’s anti-crime campaign which has left almost 3,000 dead in just over two months.

“I got really angry about these threats over this human rights issue. This is the fault of the crazy people in the State Department,” he said. Duterte said he had clarified his comments to Obama when they met. The Philippine leader has become famous for his profane outbursts, and has branded Pope Francis and the US ambassador to Manila “sons of whores”.

The United Nations has also spoken out against his crime crackdown and on Friday Duterte added UN chief Ban, who spoke at the Asian summit, to the list of those he has insulted. “I told myself, you’re just one more fool,” Duterte said of Ban. “I will continue the campaign against the criminals. I do not have any pity for them,” he added.

“I don’t give a shit. I am the president of the Philippines, not the republic of the international community.” Duterte was elected to office in a landslide this year after pledging to kill 100,000 people in an unprecedented war on crime. But his brutal crackdown has sparked a wave of international condemnation.