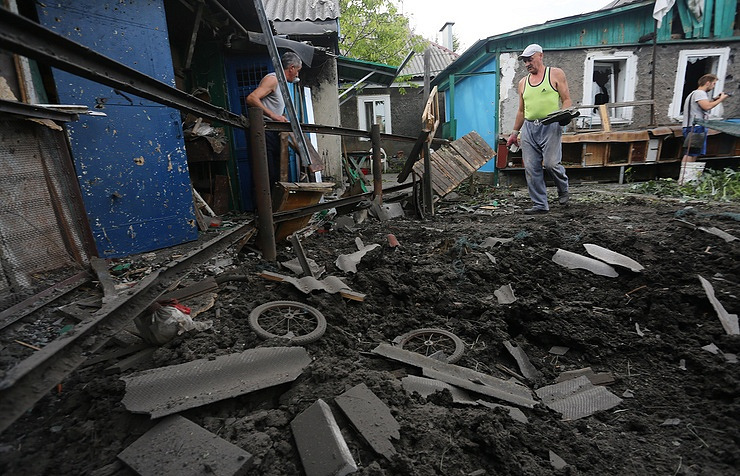 Military officials in the self-proclaimed Donetsk and Lugansk People’s Republics in eastern Ukraine have reported new shellings conducted by the Kiev forces.

Over the past 24 hours the militia positions in the Lugansk republic were shelled three times by the Ukrainian forces, the LuganskInformCenter reported.

The military officials in the Donetsk republic said the Kiev forces opened fire from their positions in Avdeyevka, Pesky and Shirokino late on Wednesday and in the small hours of Thursday. The Ukrainian side shelled the outskirts of the Donetsk airport and the Volvo Center, the suburbs of Yasinovataya and the Sakhanka village from mortars with the caliber of 82mm and 120mm, the Donetsk News Agency reported.

The participants of the Contact Group on settlement in eastern Ukraine at the meeting in Minsk on August 26 declared an indefinite ceasefire in Donbass starting from September 1. This was the ninth attempt since autumn 2014 to observe the silence regime in the region. However, the sides continue accusing each other of ceasefire violations.